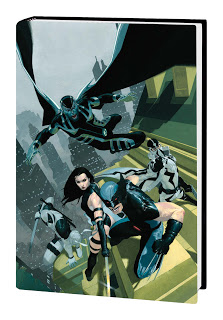 In my younger days, I proudly considered myself an encyclopedia of useless X-Men information (okay, maybe not so proudly). However, once the X-Universe started to introduce such continuity juggling acts as Xorn, the 198, X-23, Dakken, zombie mutants, vampire mutants, Vulcan and  Hope Summers…well, my Rolodex of useless information just couldn’t keep up or care anymore.

Which is why Uncanny X-Force: The Apocalypse Solution caught my attention.

The cover sported several remnants from my days as an X-Men fan (a team comprised of Wolverine, Archangel, Psylocke, and Deadpool) and its title promised an appearance by (for my money) the baddest mutie on the planet, Apocalypse.

Back in the endlessly cliffhanging days of the late 80s, Marvel introduced what would be revealed to be the world’s first mutant. An DSL-ed freak of nature whose “x-gene” kicked in during the ancient Egyptian era, Apocalypse became obsessed with pitting the weak against the strong. 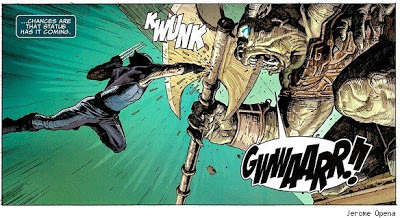 Recruiting acolytes (not The Acolytes), Apocalypse carried his “survival of the fittest” shtick well into the modern age. Many softies were smote (smitten?) along the way. Particularly, one Warren Worthington III AKA Archangel of the X-Men (and X-Factor…uh, and now, apparently, X-Force).

Forcibly turned into a “horsemen” of Apocalypse, Worthington fought back and reclaimed his status as the Richie Rich of the X-Men but never quite forgave Apocalypse for giving him Smurf skin.

Jump forward a few crap-tastic storylines and Warren now heads up X-Force, a black ops team of the feared and hated.

With a deadly viper assassination squad on his payroll, Worthington utilizes his checkbook to hunt down the whereabouts of Apocalypse. His obsession brings him and his team from the desert and to the dark side of the moon. 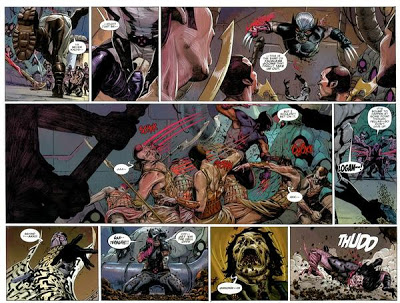 While writer Rick Remender sells the mopey aspects of Archangel and Psylocke’s love story (an angle that I never totally bought into), it’s clear that he gets a kick out of the snappy dialogue of the supercilious Fantomex.

That’s not to say that the rest of the book doesn’t sport a plethora of one-liners from its cast of mutants (unlike other writer’s Remender doesn’t seem to be trying so hard to make Deadpool funny). If anything it seems to be Remender’s strongest tool amidst an admittedly light plot.

With his dark backdrops and textured character designs, Opena reminds me a lot of Travis Charest (whatever happen to that guy?). Particularly, Opena gives Apocalypse’s all-new and all-different horsemen a creepy crawly appearance that adds urgency to the homo-superior moon brawls.

Ironically (and despite all my whining about the over-involved plots of the X-Titles), Remender’s Uncanny X-Force has a slightly more engaging set-up than follow through.

However, given an alternative that would have all to eagerly shoved any number of inter-weaving sub-plots (X-Infernus, Messiah Complex, Nation X…hell, pick one) into the plot of Apocalypse Solution, it’s nice to pick up an X-Book without the aide of a an Official Marvel Universe Handbook, Wikipedia, and a flow chart. 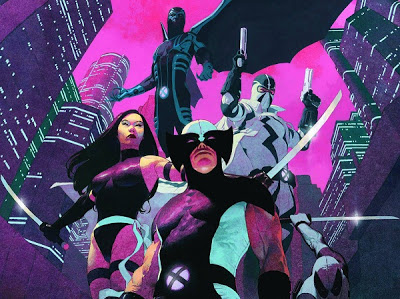 In this article:Book/Comic Review, Written by Troy-Jeffrey Allen