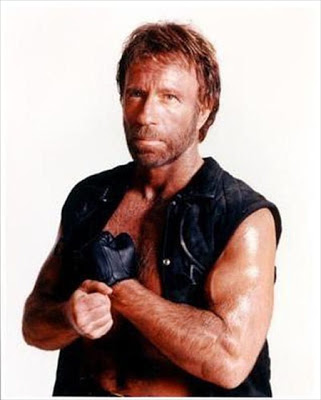 Well, it seems that everyone’s favorite black-belt political commentator has been caught up in a plagiary scandal that, interestingly enough, hasn’t caused the kind of backlash that I personally experienced when I plagiarized a term paper in the fifth grade.

Apparently, Chuck has a certain love affair with the CTRL-C, CTRL-V button (or Command C/V if he has a Mac, but I have a feeling that Mr. Norris writes on a PC circa 1995 that refuses to die) and has been caught lifting material from various sources including from his own book Black Belt Patriotism that he didn’t credit (that takes Balls).

No word yet if Creators Syndicate (the news source that places his columns in such places as WorldNetDaily and the American Family Association) will issue a statement of apology or cancel his column but they are probably just waiting for Mr. Norris to tell them that it’s okay.

They are afraid he might do to them what he did to Mario World: