Happy New Comic Books in the Stores Day (NCBSD)!  It could possibly be the best day of the week.

I need a sandwich…. 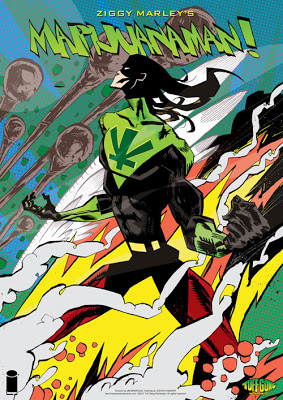 Marijuanaman.  Ziggy Marley’s THC powered superhero hits the shelves on (of course) 4/20.  io9 talks to Ziggy about his new book from Image Comics.  It features a script by Joe Casey and art by Jim Mahfood (which, I imagine, is something that Marijuanaman says often, as in “Where’s Mahfood?”).
﻿

Comics Go Ivy League: EN/SANE World wants you to know that tomorrow night at Columbia University, Neil Gaiman and Paul Levitz  will be chatting.  Then, 16 days later, Harvard will be presenting a lecture called, “Comics and Muslim Identity”.

Jim Shooter continues his $1.98 Storytelling Lecture with part 2 on his blog.  Spoiler Alert: The spider scares Little Miss Muffet away. 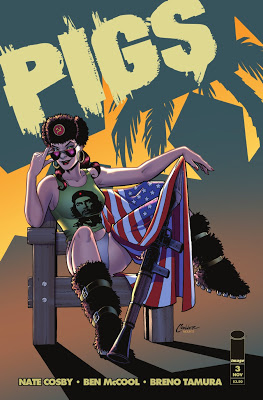 USA Today has a first look at Nate Cosby and Ben McCool’s Pigs from Image Comics coming in September.

Julia Wertz has a great comic on her blog dealing with her being dropped by her publisher, Three Rivers Press.  Her mom totally FACES her. 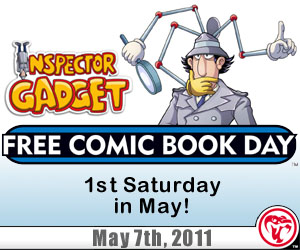 Viper Comics has announced that their fare for Free Comic Book Day will feature Inspector Gadget and Johnny Test in one comic.

ICv2 has a great article about the Stan Lee Media vs. Stan Lee case that’s going on in a California Federal Court.  Now that Stan won a Stan Lee Award, the dude should win everything! 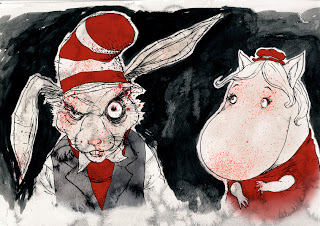 Al Davison has a behind the scenes look at the art of The Unwritten #24 on the Vertigo Blog.