After the jump, check out reviews for the final season of The Fresh Prince, The Resident from the revitalized Hammer Films, Space Cadettes and Young Samson from Warner and finally, Pixar’s finest movie, The Incredibles. 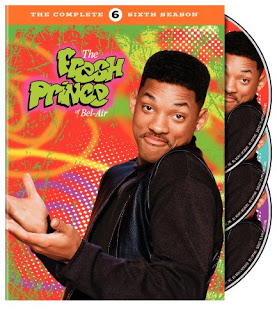 This final season of The Fresh Prince of Bel Air was a bit of a departure, with a story thread that ran through most of episodes where Uncle Phil is presiding over a Hollywood Madam trial.  A fairly entertaining season, with a surprising number of dated moments of Will acting like a stereotypical queen in a number of now cringe-worthy scenarios.  The cast is uniformly great with only a clip show to break up an otherwise solid final season.  Guest appearances include Chris Rock as a comedian and as his ugly sister, William Shatner high on laughing gas, and the final two part episodes have cameos from Conrad Bain and Gary Coleman reprising their Diff’rent Strokes roles and Sherman Helmsley, Isabel Sanford and Marla Gibbs as their characters from The Jeffersons.  The series ends with an emotional finale as the Banks family moves to the East Coast and Will strikes out on his own.  And of course, Alfonso Ribeiro does the Carlton Dance to Tom Jones’ It’s Not Unusual.  The 3 disc set has no extras.  Recommended. 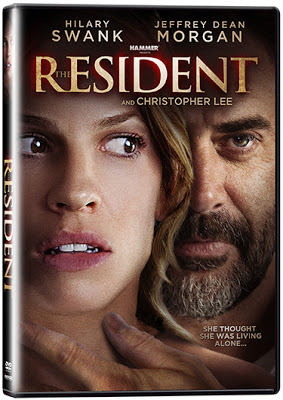 Pure B-movie psycho stalker scenario elevated by the talented cast of Hillary Swank, Jeffrey Morgan and Christopher Lee, The Resident isn’t particularly a fresh take on the genre, but is an entertaining one. Swank plays a recently divorced doctor who takes an amazing apartment in Jeffrey Morgan’s building (where he lives with his grandfather, Lee, the building’s only other tenant). The building is under renovation and unfortunately, Swank is victim to a voyeur who spies on her through the labyrinth of construction. The who’s and why’s come to a head and the film devolves a bit into a Fatal Attraction-esque thriller. This is the second film from the relaunched Hammer Films (following Let Me In) and the studio is off to a solid start. The Resident is a solid film and the moody tone remains fairly uncomfortable throughout. The lone extra is a trailer. Recommended. 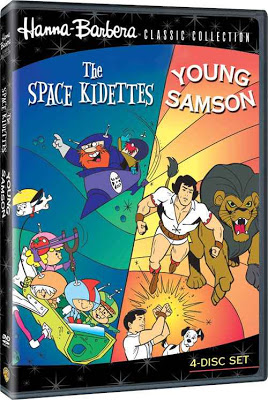 Despite being a huge classic Hanna-Barbera fan, I hadn’t seen either series presented here prior and I was more than pleasantly surprised. Untainted by nostalgia, this DVD set is fantastic and a must have for any cartoon fan. The first series, Space Cadets centers around a foursome of kids who are constantly facing off against galactic pirate Captain Skyhook, who seeks a treasure map in their possession. It basically feels like watching The Jetsons with four Elroys, but the voice and design work is amazing. The companion series, Young Samson plays like a cross between Captain Marvel and Jonny Quest, focusing on a scooter riding teen and his dog, Goliath. In times of trouble, the teen can transform into the powerhouse hero and his dog becomes a lion that can shoot lasers from his eyes. No extras are included in the set. Space Kidettes and Young Samson is terrifically entertaining and best of all, does so some 45 years(!) after it’s original broadcast. Highly recommended. 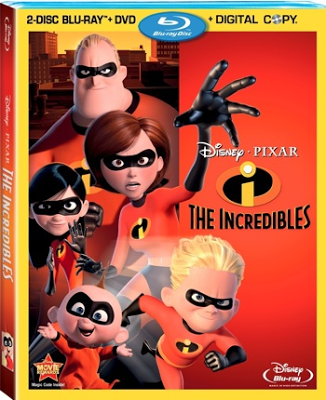 I’m not a huge Pixar fan, but this film is the exception.  The Incredibles is a brilliant superhero film and a joy to watch, filled with legitimate emotion and action. Combining the tone of 60’s Fantastic Four comics with the politics of Watchmen, The Incredibles is a flawless film and is the closest experience that I’ve ever had of recreating the magic of supherheroes that I had as a child. The stylized animation certainly makes the outrageousness more believable within the context of the film. But the visuals are only part of the magic, writer/director Brad Bird has crafted a timeless film with honest emotion and humor. Memorable voice work is secondary to the phenomenal performances from Craig T. Nelson, Holly Hunter, Samuel L. Jackson, Jason Lee and Sarah Vowell.

This isn’t even a debate.  The film is among my highest recommendations and belongs in every home entertainment library.