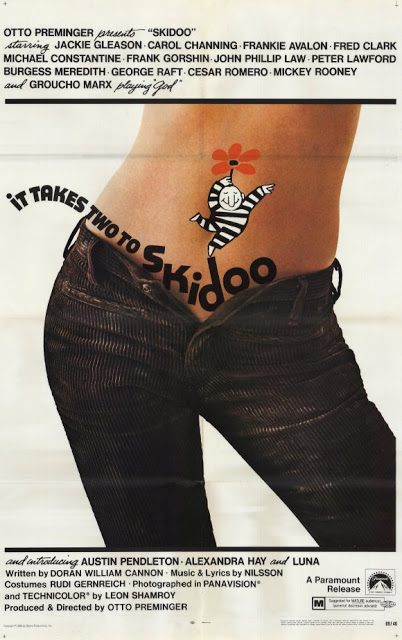 For fans of Psychotronic films, one of the holy grails is Otto Preminger’s 1968 infamous curiosity Skidoo.

Olive Films will be releasing this film for the very first time on home video on July 19, 2011.

What makes Skidoo so unique?

And, the use of LSD is one of the major plot points. Although the film satires hippie culture and technological progress, the film also features Jackie Gleason tripping.

If that isn’t strange enough, Groucho reportedly took LSD with Timothy Leary to prepare for the role.

Check out the trailer after the jump.  The DVD is currently available for preorder on Amazon.

Source: News From Me

In this article:Comedy/Parody, DVD News, Psychotronic