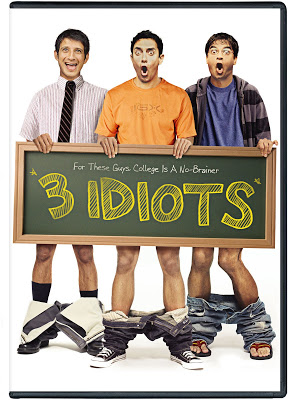 Bollywood’s highest grossing film ever, 3 Idiots is a refreshing comedy about a rebellious prankster with a crafty mind and a heart of gold in the tradition of Ferris Bueller’s Day Off.

You’ve never met a college student quite like “Rancho.”  From the moment he arrives at India’s most prestigious university, Rancho’s outlandish schemes turn the campus upside down—along with the lives of his two newfound best friends. Together, they make life miserable for “Virus,” the school’s uptight and heartless dean. But when Rancho catches the eye of the dean’s sexy daughter, Virus sets his sights on flunking out the “3 idiots” once and for all. 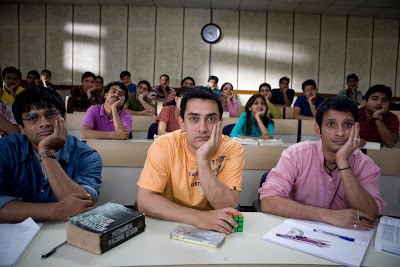 Hindi cinema as brought us stories of singing and dancing since the early 1900’s, and entered a “Golden Age’ in the 50’s and 60’s.  The brightly colored sets, grandiose musical numbers have inspired other wondrous films such as Moulin Rogue!   In addition, serious tales like Slumdog Millionaire and Bride & Prejudice have captured the hearts here in the West.  To celebrate its release on DVD April 26th, we’re going to take a look at some of the globally successful films from Mumbai that you may not be as familiar with. 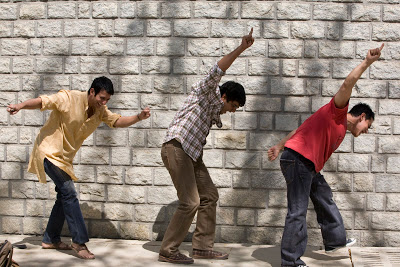 3 Idiots
Releasing on DVD Tuesday, April 26th – 3 Idiots is a story of two friends that go looking for their lost buddy.  Bets are made, a wedding is crashed and an unexpected visit to a funeral keeps the boys on their toes.   This feel-good film broke all opening box office records in India, has won numerous awards, and is now hailed as an “all-time blockbuster”.

Pardes
This tale of a “foreign land” was one of the first major Bollywood films to do well in the US.  Ganga, a girl growing up in a conservative family in India travels to America to meet her new husband, but falls in love with his friend Arjun instead.  Pure love must prevail as the two star-crossed lovers try to prove their love to their families.

Lagaan
This sports musical is set in the Victorian person of the British Raj and was nominated for an Academy Award for Best Foreign Language film in 2002.  With a stint at Sundance and praise from the likes of Roger Ebert, Baz Lurhmann – this visual masterpiece is definitely worth checking out.

Kites
This film opened in 208 theaters in North America, and was the largest US Bollywood release of 2010.  J is a dance teacher in Las Vegas and marries immigrant women to help them secure their green cards.  Little does he know, he’s about the “marry” the woman of his dreams.  In a crazy twist of events, they run from the police and share great newly-wed moments together.