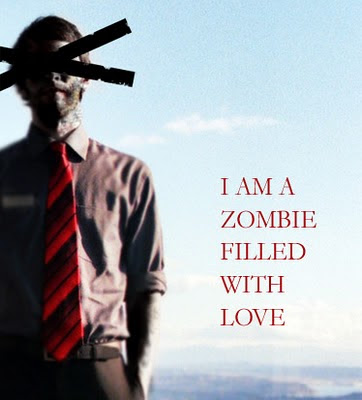 The premise of Issac Marion’s book Warm Bodies is a weirdly existential one.

A Zombie (known only as R) moves around a decaying world doing what Zombies usually do (i.e-eating, moaning, and shuffling around) but deep inside of himself he begins to question his way of life.

When R happens to eat the brain of a teenage boy, he is flooded, momentarily, with memories of his victim which sets off a chain of events (including hiding his victim’s girlfriend from his fellow undead to protect her) that just might change everything around him.

The book, released on April 26th, has already garnered good reviews and there’s news that come next year, Marion’s tale of romantic zombie love will be made into a movie, so why not pick up or download a copy.

Who knows, this thing might just become a classic (a’la Frankenstein).

Book trailer after the break.