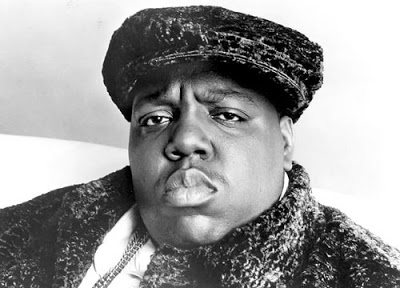 I first fell in love with Rap when I stumbled across Public Enemy’s album It Takes A Nation of Millions To Hold Us Back in 1988 and was blown away by the passion created inside a lyrical bouquet of words that, to this white girl, was more powerful than anything I had ever heard before (Terminator X To The Edge of Panic and Fight the Power was on permanent rotation on my stereo throughout my teen years).

So the fact that Adrien Brody is up on a stage reading lyrics from Biggie’s song next to people who were pontificating on Dylan and Keats is no surprise to me, as I believe that some of the most beautiful poetry in the world come from those most  hated by politicians (see: Common for an updated look at politicians angry at Rap musicians) and who let the rest of us in on a culture that is often judged by the exceptions rather than the rule.

Video after the break…Peace Out.

In this article:Music, Performing Arts