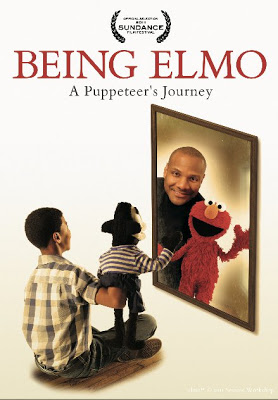 Most people don’t know the name Kevin Clash, and few would ever recognize him when he walks down the street.  He is, in fact, the man behind the beloved Sesame Street Muppet Elmo, one of the most recognizable and beloved characters in the world.

This film opens with Kevin’s humble beginnings as a fledgling puppeteer entertaining local kids around Baltimore with his hand made puppets. Growing up, Kevin was always captivated by childrens entertainment, especially by television series like Captain Kangaroo, which used puppets to interact with it’s audience. As a budding puppeteer, Kevin went so far as to cut up his father’s favorite black jacket to access the fur on the inside to use as material for a monkey puppet.  As an audience member you can’t help but immediately love the guy.

The first of many complements I’m going to give this film is that it had fantastic pace.  Biographical documentaries often fall into the trap of focusing too much on exposition in the set-up, leaving the remainder of the film with little direction. Director Constance Marks does fantastic job of weaving Clash being influenced by the work Jim Henson and Frank Oz with the development of his own puppet making skills and performance craft.

Kevin’s generosity of spirit is immediately recognizable and truly makes him a special person.  He is passionate about educating, entertaining and comforting children and we see it from early on with the work he does for local children’s hospitals.  He struggles for more time with his own family, sacrificing quality time with them, but knowing that he brings joy into the lives of literally millions of children every day with Elmo.

Constance has found an amazing amount of historical footage for the film, revealing during the post-screening Q & A about the hours spent digging through old archived footage of local shows just to find tails of scenes where the camera panned out and you could see Kevin as a young man on the set, hand still inside one of the puppets. It’s very effective, allowing you to see Kevin grow up and develop before your very eyes.

I loved how much the film emphasizes the immense skill that goes into bringing one of the puppets to life. In one scene, Kevin finds himself overseas training the cast of the French Sesame Street how to move their hands to make the puppet seem life-like. This training session consists of Kevin showing everyone how to move their hands and everyone being filmed, puppeteering with their hands sans puppets.  Seeing Kevin use his skills and instruct others was amazing to watch.

Watching Being Elmo, I immediately felt like a five year old again along for a magical ride from the second the film started.  It also served as a dramatic reminder how important children’s education is and how valuable shows like Sesame Street are.  As funding for Public Television is constant concern, it makes this film all the more important.  It’s so nice to walk out of a film and feel not only good, but also inspired. It makes you want to reach people and want to bring happiness into the world.

Kevin’s story reveals an incredible man, expressing some sage advice with a red puppet on his arm.  During the Q & A, Elmo was asked what advice he would give to children about growing up.  His response?

I think we would all be better off if we started to live our lives a little more like Elmo would want us too.

Being Elmo: A Puppeteer’s Journey gets my highest recommendation.

In this article:Film Festival, Movie Review, Written by Joseph Gagnepain