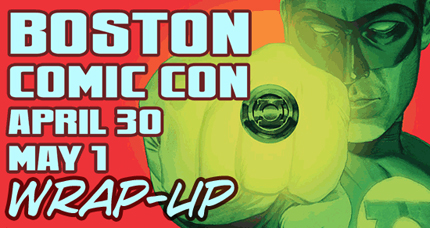 The Boston Comic Con is over, and the event brought some of comic’s greatest to town, many of whom shared some interesting tidbits on what’s coming.

This January, the ideals of truth and justice—concepts synonymous with DC’s superheroes from the Golden Age of Comics to the present day—are the foundation...