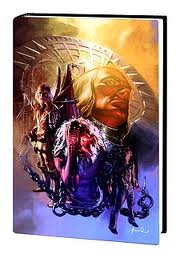 Nothing in the 616 (Marvel proper) has managed to retcon its fictional history while maintaining the status quo like Jonathan Hickman and Dustin Weaver‘s  S.H.I.E.L.D. Architects of Forever.

In the past, plenty of Marvel’s brightest storytellers have attempted to refurbish the universe that Stan Lee and Jack Kirby built. Usually, these attempts have elaborated on it (Earth X and its many spin-offs), re-examined its significance (Marvels, 1985), or have just walked carefully through it while adding new wrinkles to continuity (Alias).

In my humble opinion, unlike DC, Marvel’s willingness to adapt its universe and relate it to the ever-changing socio-political climate has prevented it from ever having to truly undergo a massive restructuring. It’s the notion of constantly maintaining a contemporary foundation that Stan, Jack, Steve Ditko, John Buscema, John Romita, Don Heck, Roy Thomas and many others have built that has kept Marvel relevant long after the absence of its original creators.

Marvel fans will definitely recognize SHIELD as the Supreme / Strategic Headquarters / Hazard International / Intervention Espionage Law-Enforcement / Logistics Division / Directorate (I told you that Marvel loves to keep up with the times).

Typically lead by Nick Fury, SHIELD has always been the U.N.-sanctioned backbone of the comic world, dealing repeatedly with superhuman threats since 1965.

But where did it come from?

According to this ground-breaking mini-series (possibly one of several), its history stretches back to ancient Egypt.

There, during humanity’s first victory against an alien threat, the brilliant Imhotep brandished a shield with an eagle adorning its surface. Its imagery would later become synonymous with the super-spy organization after being passed down through the ages. 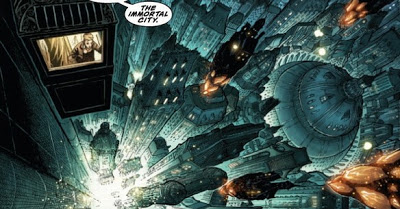 This heavy glob of information is part of a much broader stroke — a connection that is revealed for the first time to the reader along with the book’s main character, Leonid.

On the outside, Leonid seems to be an average teenager but inside, he hides a secret older and bigger than him.

Convinced somewhat aggressively by Howard Stark and Nathaniel Richards (Iron Man and Mr. Fantastic’s respective fathers) to follow them to SHIELD’s underground city, Leonid is introduced to a world in which advanced technology and alchemy collide.

I mentioned before that Marvel has a tendency to evolve with the times, but in SHIELD: Architects of Forever, Hickman applies the Marvelverse to history. According to Hickman, not only does SHIELD have a membership of great warriors, but also some of the world’s greatest minds. 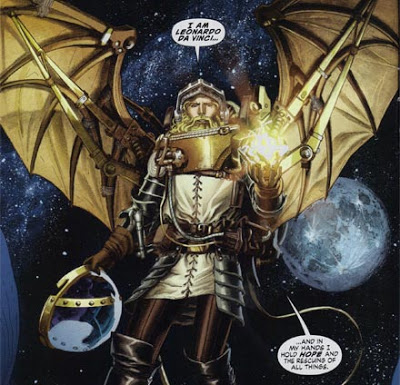 When Leonardo Da Vinci races across space and time and clashes with (SHIELD’s future leader) sir Isaac Newton, the book makes it undeniably clear that this is a war story about ideas (fitting once you realize that Marvel is referred to as the “house of ideas”).

Newton represents the side of the argument that embraces cold, hard facts and nothing more, while Da Vinci takes a more philosophical approach and denies boundaries of any sort, including logical ones.

Part recounting of fictionalized history, part conspiracy theory, and part detailing the fringes of war, Architects of Forever is one very appetizing piece of a much larger puzzle. Those of you familiar with the format of the TV show Lost or the works of Grant Morrison will feel right at home.

Unlike most books that attempt to reassert long-standing properties, SHIELD goes beyond the hyperbole of your standard universe reshuffling. It’s a series that not only examines and elaborates on the Marvel U. but dares to realize the full potential of Stan and Jack’s creative trailblazing from the 1960s.

For example, writer Jonathan Hickman acknowledges coincidental themes found within Marvel’s involved continuity. With the unfolding origin of Leonid, a character who could be anything from the bastard child of Isaac Newton to the adoptive son of Nikola Tesla, he continues a long-standing theme of absent father figures (Spider-Man loses Uncle Ben, Thor was denied by Odin, Iron Man constantly has to live up to a father he barely knew, and Hulk’s dad was an abusive parent).

Hickman’s understanding of these patriarchal threads are delicately underlined by the presence of Howard Stark and Nathaniel Richards, two characters that seem at odds with each other over the importance of their work for SHIELD versus the family they’ve left behind. 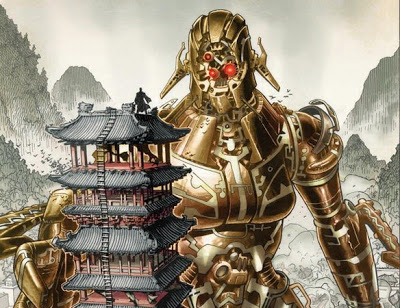 For some readers, Hickman and Weaver’s seriousness and endless allusions to a larger story may frustrate. To those folks I can only reply, “You’re going to miss out.” Architects of Forever is your opportunity to be on the ground floor of what could be the Marvel equivalent of Watchmen or Dark Knight Returns. It’s just too good to pass up. Already, the series has the promise of culminating into one of the finest continuity shake-ups in comic history.

Whichever direction it goes and whatever loopholes it creates, I for one am already prepared to accept it as cannon.