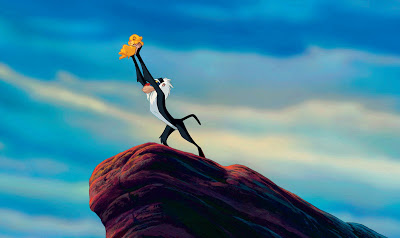 The Lion King is one of my favorite Disney films of all time.

Combining a mythic story with phenomenal voice work and memorable songs, it has gone on the inspire a Broadway show, an animated television spin-off and two direct to video sequels.

But before that, it’s coming back to theaters for a limited time, in 3D. 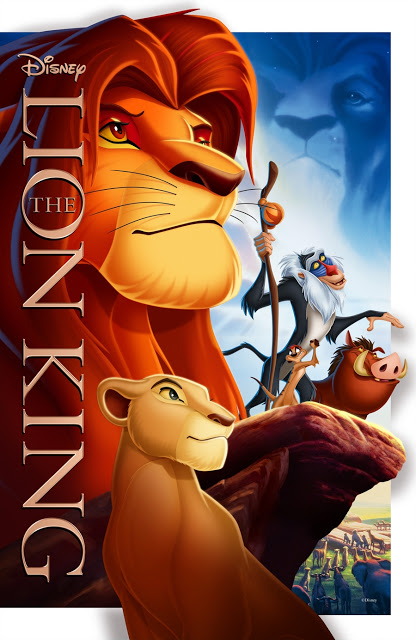 AUDIENCES TO EXPERIENCE DISNEY’S “THE LION KING” LIKE NEVER BEFORE…
TWO FIRSTS FOR OSCAR®- AND GOLDEN GLOBE®-WINNING ANIMATED CLASSIC:
September 16, 2011—All-New 3D Version of the “The Lion King” Hits Theaters for the First Time Ever
October 4, 2011— Available on Disney Blu-ray™ Hi-Def and Blu-ray 3D™ for the First Time Ever

BURBANK, Calif. (May 26, 2011) — Simba, Mufasa, Nala, Timon and Pumbaa are back and better than ever this fall when Disney’s “The Lion King” roars into theaters and homes in breathtaking 3D. A special two-week theatrical extravaganza kicks off Sept. 16, 2011, showcasing the Oscar®- and Golden Globe®-winning film on the big screen in Disney Digital 3D™ for the first time ever, and its highly anticipated home entertainment debut kicks off October 4, celebrating the Diamond Edition release of the epic movie “The Lion King” in high-definition Blu-ray™ and Blu-ray 3D™.

“The Lion King” is the best-selling home entertainment release of all time—and this is “The Lion King‟ like never before,” said Bob Chapek, president of distribution, The Walt Disney Studios. “The all-new 3D format immerses viewers in the epic settings and puts them face-to-face with these beloved characters. We‟re showcasing one of the all-time favorite Disney movies in theaters and making it available in Blu-ray hi-def and in Blu-ray 3D—it‟s the must-see, must-own title for everyone.”

Nearly a decade since “The Lion King” last appeared on the big screen, the upcoming theatrical release invites new generations into the “Circle of Life.” The two-week, 3D-only presentation is a planned wide domestic release—the biggest since the film‟s 1994 debut—and the film‟s first-ever 3D release.

The Blu-ray debut marks the first time “The Lion King” has been available in any form since 2004. Featuring pristine high definition picture and sound, the Blu-ray creates an incredible at-home experience with a host of picture and sound enhancements, interactive features and bonus content, including a new set of hilarious animated bloopers.

“The Lion King”: Diamond Edition home entertainment release will be available from the Disney Vault for a limited time only beginning October 4 as follows:

And the one-disc DVD Edition will be available on November 15.
-more-
“The Lion King,” first released in 1994, won the Oscar® for Best Original Score (Hans Zimmer) and Best Original Song (Elton John/Tim Rice “Can You Feel the Love Tonight”), earning Golden Globes® in both categories, as well as for Best Motion Picture—Comedy or Musical.
The film inspired an immensely popular, Tony Award®-winning Broadway musical, which is currently featured on stages worldwide. It became the seventh longest-running musical in Broadway history in January 2011.
ABOUT THE LION KING:
An unforgettable story, breathtaking animation, beloved characters and award-winning music sets the stage for “The Lion King”, a Disney classic that follows the adventures of Simba, the feisty lion cub who “just can’t wait to be king.” But his envious Uncle Scar has plans for his own ascent to the throne, and he forces Simba’s exile from the kingdom. Alone and adrift, Simba soon joins the escapades of a hilarious meerkat named Timon and his warmhearted warthog pal, Pumbaa. Adopting their carefree lifestyle of “Hakuna Matata,” Simba ignores his real responsibilities until he realizes his destiny and returns to the Pride Lands to claim his place in the “Circle of Life.” The all-star vocal talents—including Matthew Broderick, Nathan Lane, Whoopi Goldberg, James Earl Jones, Jeremy Irons, Ernie Sabella, Jonathan Taylor Thomas, Robert Guillaume, Cheech Marin and Moira Kelly—rip-roaring comedy and uplifting messages of courage, loyalty and hope make this a timeless tale for all ages. Produced by Don Hahn and directed by Roger Allers and Rob Minkoff from a script by Irene Mecchi, Jonathan Roberts and Linda Woolverton, “The Lion King” is rated G by the MPAA.

ABOUT DISNEY’S BLU-RAY DIAMOND COLLECTION:
The Blu-ray Diamond Collection represents The Walt Disney Studio‟s most prestigious animated classics. The Collection will be comprised with many of Walt Disney‟s most treasured animated classic titles to be released through 2016. These titles represent the highest level of picture and sound, feature groundbreaking, state-of-the-art immersive bonus content, and include unprecedented levels of interactivity, personalization and customization, made possible because of Blu-ray technology.

ABOUT THE WALT DISNEY STUDIOS:
For more than 85 years, The Walt Disney Studios has been the foundation on which The Walt Disney Company (NYSE:DIS) was built. Today, the Studio brings quality movies, music and stage plays to consumers throughout the world. Feature films are released under four banners: Walt Disney Pictures, which includes Walt Disney Animation Studios and Pixar Animation Studios, Disneynature, Touchstone Pictures and Marvel. Through the Home Entertainment division, innovative distribution methods provide access to creative content across multiple platforms. Original music and motion picture soundtracks are produced under Walt Disney Records and Hollywood Records, while Disney Theatrical Group produces and licenses live events, including Broadway theatrical productions, Disney on Ice and Disney LIVE!.