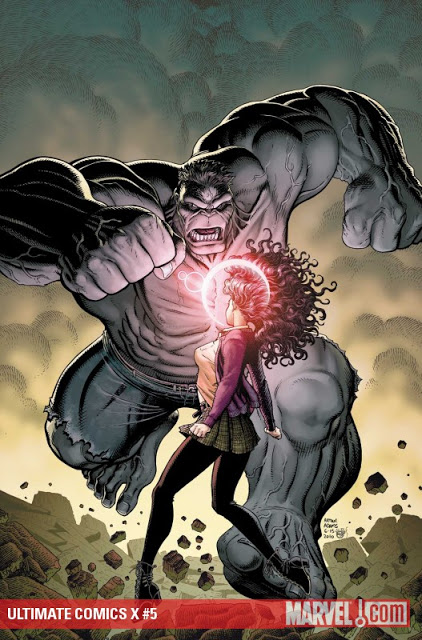 Marvel has released some preview pages to Ultimate Comics X #5.

With Jeph Loeb and Arthur Adams at the helm, the return of Ultimate Hulk should be interesting.

This series is headed towards its end and sets up some of the changes promises in the planned reboot of the Ultimate Universe.

The issue will be in stores June 29th.
Check out the solicitation and previews after the jump.

Marvel is pleased to present your first look at ULTIMATE COMICS X #5, from Jeph Loeb and Arthur Adams, and featuring the return of Ultimate Hulk! A vicious attack on Wolverine’s son from a vengeance-fueled Sabretooth sends our heroes straight to The Hulk for help! But why? Find out as the series that Aint It Cool News calls “pretty damn awesome,” barrages towards its smashing conclusion, setting up enormous changes heading into Ultimate Comics Universe Reborn, only in ULTIMATE COMICS X #5! 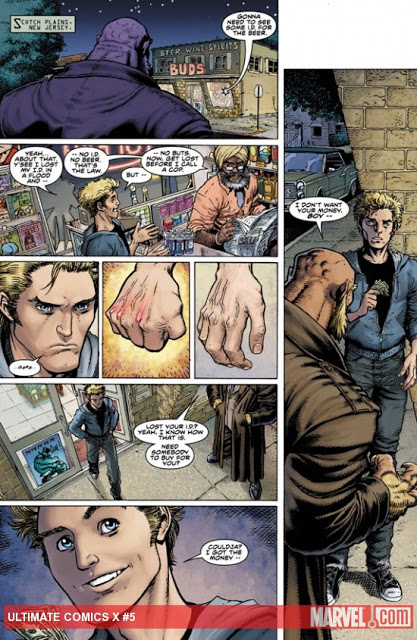 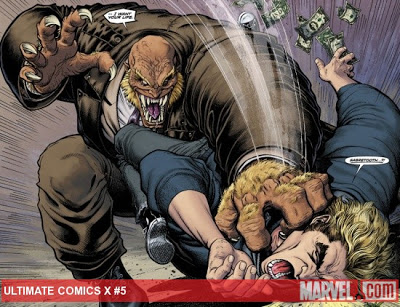 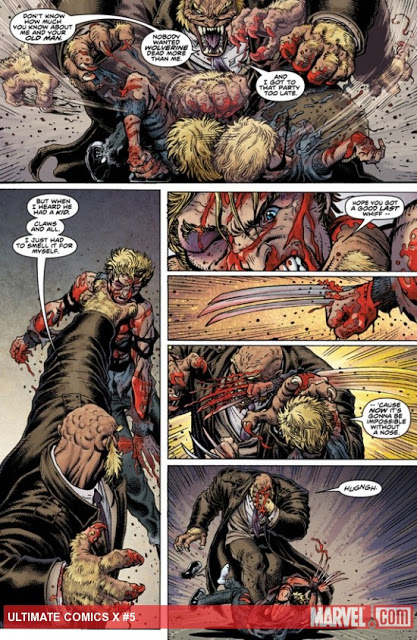 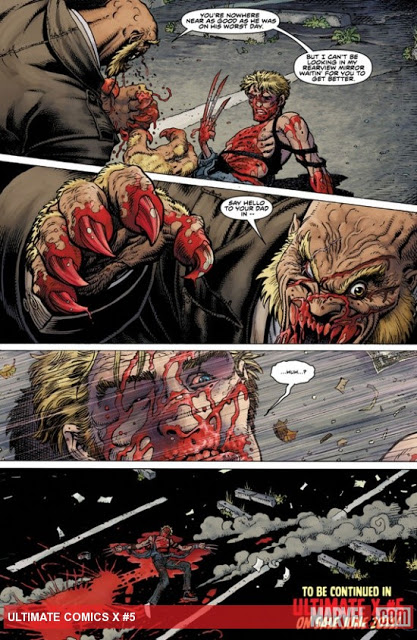