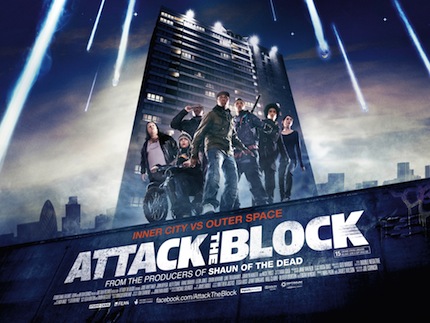 Already having a cult audience from it’s festival screenings, the British made film Attack The Block should find an audience upon it’s U.S. release on July 29th.

From the producers of Shaun of the Dead and Scott Pilgrim Vs. The World, Attack The Block is a fast funny, frightening action adventure movie that pits a teen gang against an invasion of savage alien monsters. It turns a London housing estate into a sci-fi playground. A tower block into a fortress under siege. And teenage street kids into heroes. It’s inner city versus outer space.

Check out the red band trailer after the jump.