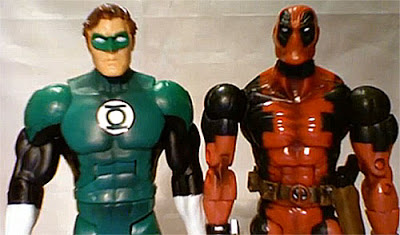 When I was a kid I would spend hours directing emotionally wrenching scenes between Skipper and G.I. Joe and Barbie and Rambo that resulted from a lot of built-up hostility between myself and the fact that I kept getting Barbies as gift rather than Gobots.

These tiffs took hours and usually ended up with someone having sex with Strawberry Shortcake because that smelly chick was a slut and no one felt good about themselves afterward.

But I digress, this post is about another use of action figures, in video-form, (which includes Deadpool taunting Green Lantern over the poor reaction to GL’s movie) that makes my foray into plastic doll sex seem like child’s play.

God I wish I still had those dolls sometimes…cause mama needs to work out some demons.

In this article:Comedy/Parody, Watch This