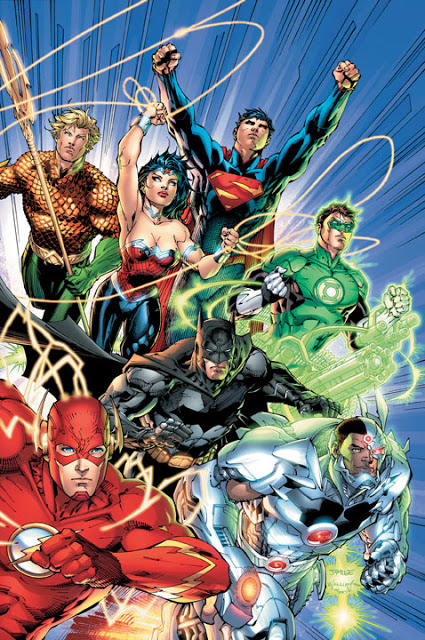 What is going on at DC Comics?

Today they had two big announcements:

2) Digital and print copies of all of their titles will be available on the same day.

“The publication of JUSTICE LEAGUE issue 1 will launch day-and-date digital publishing for all these ongoing titles, making DC Comics the first of the two major American publishers to release all of its superhero comic book titles digitally the same day as in print.”

In regards to the reboot of the entire DC universe co-publisher Dan DiDio is quoted in USA Today as saying,

“We really want to inject new life in our characters and line. This was a chance to start, not at the beginning, but at a point where our characters are younger and the stories are being told for today’s audience.”

To me, this sounds a bit like what Marvel attempted to do with their Ultimates line.  The issue, though, is that this is an across the board reboot — 52 titles in all — the entire DC universe.

This strikes me, initially and without any real sense of what we are talking about here, as a bit of a slap in the face to long term fans of DC characters.

The USA Today story continues with, “In September, another 51 first issues will debut, introducing stories that are grounded in each character’s specific legend but also reflect today’s real-world themes and events. Lee spearheaded the costumes’ redesign to make characters more identifiable and accessible to comic fans new and old.”

This sounds a bit like the introduction of New Coke in 1985.  How do you make iconic character more identifiable and accessible?

Reaction to this news has been mixed:

Ryan Ottley (Invincible) tweeted “Good to see DC and others try things to get new readers. I do hope it works. I’d like Comics to last forever please.”

Jason Aaron (Scalped) tweeted “Re: the big DC news, anything that gets people excited about going to comic shops or legally downloading comics is good for all of us…”

In terms of the Day and Date announcement about DC’s digital offerings, this too strikes me as a bit confusing.

DC has long positioned itself as the one big comics publishing company that really wanted to work in tandem with the retail market.  This announcement seems to me on the face of it to be at cross purposes with the desires of your local comic shop.

There’s not a lot of information on how this all will work, so I don’t want to cast any stones yet.  Jim Lee is quoted as saying, “We’re allowing people who have never bought a comic book in their lives to download them on portable media devices and take a look.  Having the ability to give people access to these comics with one button click means we’re going to get a lot of new readers.”

It also means that these new readers will seemingly have even less incentive to go to their local comic shop.

Response to this part of the announcement has also been mixed.

Ben McCool (Choker) tweeted: “News about DC’s 50-title revamp/same-day digital releases is as cool as it is smart. Nice work, everyone.”

Jeff Parker (Hulk) tweeted: “I’m calling it, all the DC super dudes are going to have soul patches.”

Andy Diggle (Rat Catcher) tweeted: “So is DCU continuity finally going to stop exploding? It’s been a while.”

This will be a story that we will be following as closely as we can as it develops.

But it does seem familiar…