Yesterday, DC Comics announced that this September they will be launching 52 separate titles with a #1 designation.

This has led to a great deal of speculation, reaction, panic, joy, and confusion.

Comic Book Resources has been doing some great inside coverage of what all this means and what we might expect to see as a result of DC’s move.

Their sources have told them that DC:

plans to launch a full 52 monthly titles with #1 issues across the month with 13 new titles shipping each week.

That’s what they have heard.  A full 52 monthly titles.  Thirteen new titles shipping each week.

My question is, who is buying all of these books?  This strikes me as tossing a bunch of infants into a pit to see if any of them crawls out.  But what do I know?

CBR has also heard the following information from their sources:

Included in the 52 series will be:

*Birds of Prey #1 – This new ongoing series will not feature the work of longtime “BoP” writer Gail Simone. In fact, many tried and true approaches to books will be getting a second look at DC in September.

*Teen Titans #1 – The new start for the teen team will be written by “Red Robin” scribe Fabian Nicieza.

*Justice Society of America #1 – Only one of a number of current titles that will welcome a creative team shift, the future of the original superhero team will apparently not involve current writer Marc Guggenheim.

*Green Lantern #1 – Even with a new #1, Green Lantern remains in Johns’ hands, and readers can expect the effects of major crossovers like “Blackest Night” to stay in place moving forward.

*Hawkman #1 – While fans have known a “Hawkman” series by James Robinson has been in the works since the writer mentioned it on a panel at New York Comic Con, Bleeding Cool’s Rich Johnston has been reporting the rumor that the book will be drawn by “Batman & Robin” and “Outsiders” artist Philip Tan.

*Aquaman #1 – No surprises here. The already announced series featuring the sea king by Johns and Ivan Reis will be part of the relaunch wave.

On a selfish note, I would just like to know what is happening to Batman Inc?  I love that book.  With Morrison writing Superman , and everything getting a tweak, I have my concerns.

More stories to come, I’m sure. 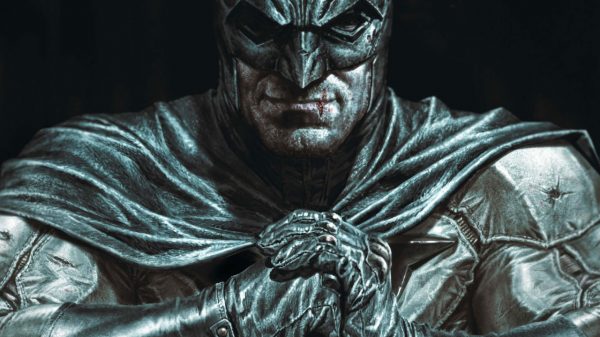 Written by Peter J. Tomasi Art by Kenneth Rocafort Published by DC Comics   Well, the “Joker War” storyline has spilled into this comic...