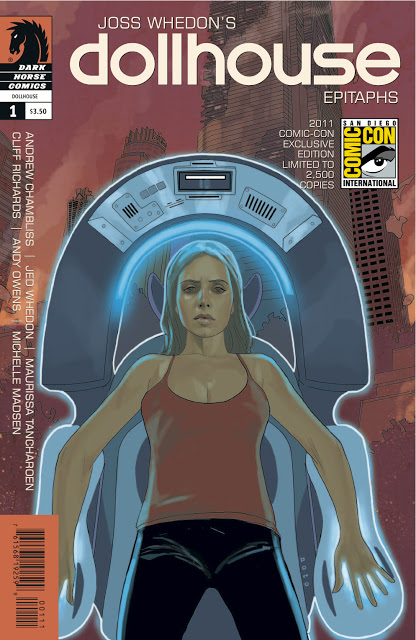 Dark Horse Comics has announced that they are releasing an exclusive variant of Dollhouse #1 for attending and exhibiting retailers at the San Diego Comic Con.

Dollhouse will be an ongoing series based on the show created by Joss Whedon and will continue the story started in the on-shot they previously released.

Check out the solicitation after the jump.

The fight for free will starts now!

Alpha was the perfect product of Rossum Corporation’s mind-altering technology, until he snapped, burdened by the dozens of personalities they’d downloaded into his brain. Now the technology has gone viral, turning the entire population into murderous automatons, and it’s up to the psychotic Alpha and a small group of survivors to save mankind.

* Straight from the Dollhouse one-shot written by show writers Tancharoen and Whedon, this new series continues the tale of survivors taking up arms against Rossum.

In this article:Comic News, Convention Report, Written by Daniel Elkin