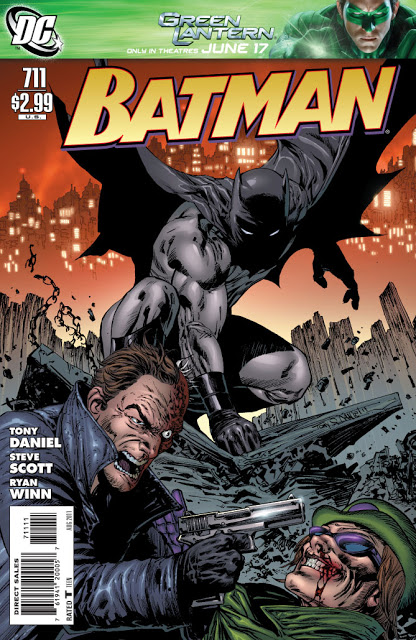 He’s pissed and ready to unleash his fury on Gotham.

Check out the previews after the jump.

After being left for dead, Two-Face finds allegiance in one of the most notorious members of Batman’s gallery of Rogues. And not only is he still looking for his coin but his quest for revenge just got significantly more personal. Can the Dark Knight stop the treacherous duo before they unleash complete havoc onto the streets of Gotham?
BATMAN #711 is written by Tony S. Daniel, features art by Steve Scott and Ryan Winn, and hits stores today. 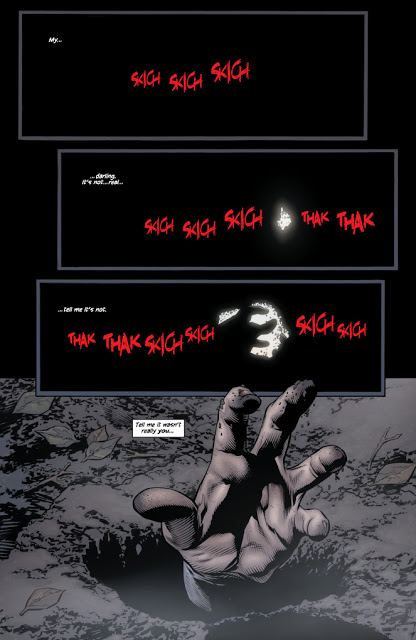 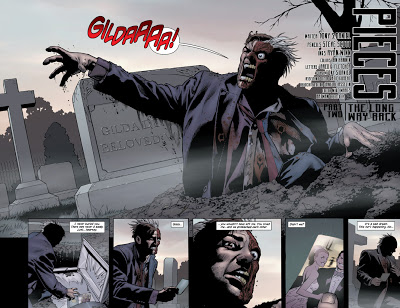 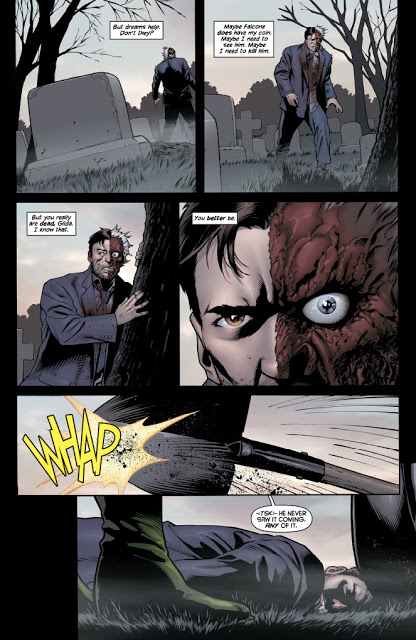 Written by James Tynion IV Art by Guillem March Published by DC Comics   After the boring 100th issue, we are left with this...

Written by Joshua Williamson Art by Robson Rocha Published by DC Comics   Justice League #55 continues the crossover with Death Metal. While the...