“Better the wolf takes the pig than you.”

If you were going to make a monster movie that brings in more than just the monster fans, you would make Red Riding Hood – simultaneously a movie about star-crossed romance and werewolves.

This 2011 horror/romance movie has a 11% rating on Rotten Tomatoes, where only 45% of the audience report liking it. 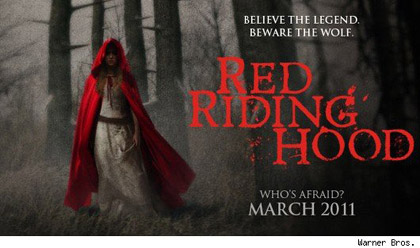 It’s not her first film.

She also directed  Lords of Dogtown (2005).  She was a production designer on Tapeheads, I’m Gonna Git You Sucka, Posse, Freaked, Tombstone, Tank Girl, 2 Days in the Valley, Three Kings, and Vanilla Sky (and I’m only listing movies that I’ve seen).

And for better or worse, she also directed Twilight, and this movie can’t even get over that low bar.

It stars Amanda Seyfried and Virginia Madsen, who were all the reasons I needed to give it a shot.

If you’re hoping for skin, though, forget it. Enjoy this photo of Monica Bellucci, instead. 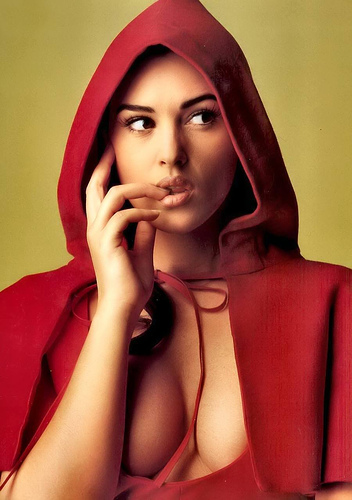 That’s quite a cast.

If story is more to your interest, then you might want to see it because it’s a werewolf movie with a romance sub-plot.

Did I mention it has a werewolf? 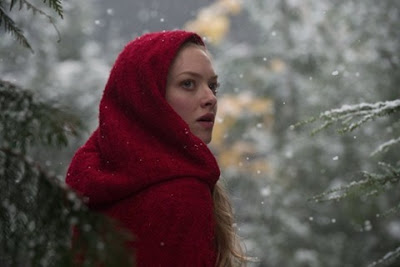 Spoilers appear after the break.

“I thought you’d say that.”

A wolf terrorizes a small, European, village. In the village, Valerie (Amanda Seyfried) loves Peter, a woodcutter. On the day that her sister is killed by “the wolf,” the first human life taken by the wolf in twenty years, Valerie learns that her family arranged her marriage to a wealthy man named Henry, son of the village smith.

Since the monthly livestock sacrifices no longer satisfy the wolf, the villagers send for Father Solomon (Gary Oldman). While they wait for him to arrive, the reeve (Michael Hogan) leads a hunting party into the dark forest around the village. The hunting party kills a wolf, but the wolf kills Henry’s father first.

This draws a secret from Suzette (Virginia Madsen), Valerie’s mother. She secretly loved Henry’s father when she was a young woman, and Valerie’s dead sister was actually Henry’s half-sister.

When Solomon arrives, we learn that a “big, bad, wolf” killed the mother of his two daughters and that is why he hunts wolves. He tells the story of hunting a werewolf when he was a younger, more innocent, man. That werewolf killed his best friend, but Solomon cut off his paw. When he returned home, he found his wife with a bloody rag around one wrist. He told his daughters that a wolf killed their mother, but he killed her.

Then Solomon starts a wolf hunt within the village. His soldiers barricade the village, fully cognizant that he’s locked the werewolf in with the villagers, who are too busy celebrating the killing of a wolf to consider that.

“They’ll call me a witch. Don’t tell anyone.”

The film assumes that you know you’re watching a werewolf movie. It starts throwing red herrings at you before the action even begins. They even have all the actors (except Ms Seyfriend) wear brown contact lenses to confuse things further. 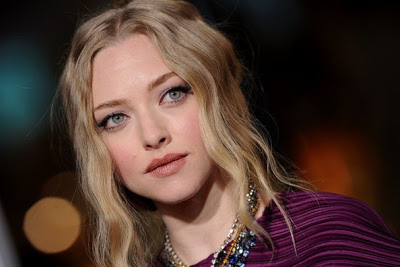 They don’t waste a lot of time establishing the threat of the wolf, or the star-crossed romance, or getting Valerie into the titular red cloak.

Once the Inquisition begins, the movie devolves into a murder mystery, except that the movie hasn’t bothered to build relationships between the audience and the characters. We don’t actually care who the wolf is. We get the expected betrayals and petty jealousies.

The movie counts too much on our acceptance that people in the Middle Ages were superstitious, and inclined to accept folklore as fact. Although the villagers and Father Solomon believe in witchcraft and most of the traditional signs of werewolves, they never explain Father Solomon’s African soldiers. In fact, the villagers never remark on them at all – certainly not the reaction we should expect from otherwise ignorant, superstitious people.

There’s no point in associating this movie with the Red Riding Hood fairy tale. It keeps touching back on the tale, but without much purpose. 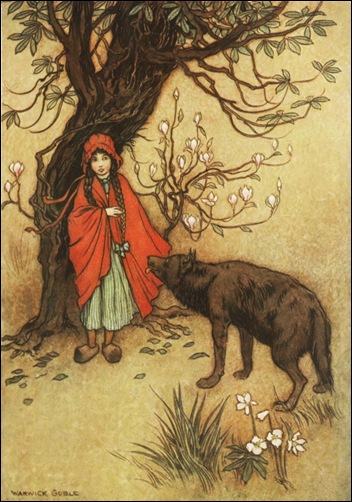 The music is pretty awful and anachronistic – and not in a cool way.

This kind of movie can work.

First, you need to establish a few strong characters – ones that you like, and ones that you don’t. Then give each one a reason not to be seen during a werewolf attack (a perfectly good use for forbidden love). Each time you see the wolf with a person, the audience eliminates that suspect – even if the rest of the cast doesn’t.

Over the course of your movie, you eliminate potential werewolves and give the cast reasons to accept explanations, and to suspect the wrong people. 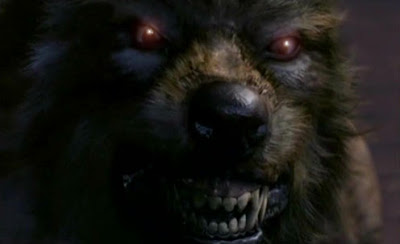 Red Riding Hood doesn’t bother to do any of that.

If you like werewolf movies, I hope you’ve seen Dog Soldiers.

If you want to see a good movie that uses werewolves as metaphors for girls’ sexual awakening, please see Ginger Snaps (I’m begging you, seriously, it’s so much better than Red Riding Hood). If you really like it, you might enjoy the sequels, otherwise don’t bother.