This 1998 action movie is a rollicking, fast-paced, sea monster film written and directed by Stephen Sommers before he started making hackwork like The Mummy Returns and Van Helsing.

Right down to the final scene, Deep Rising is clearly the work of someone who flat-out loves monster movies.

If you decide to give it a watch, take note: This movie has no heroes. Finnegan and his crew are smugglers, hired by mercenaries, to rob a cruise liner.

It has no “villain,” although it does have at least one monster…
Deep Rising has a cast of very familiar faces (Treat Williams, Famke Janssen, Anthony Heald, Kevin J. O’Connor, Wes Studi, Jason Flemyng, Cliff Curtis, Clifton Powell, Trevor Goddard, Djimon Hounsou), but it was almost much more familiar.

Treat Williams’ part was supposed to go to Harrison Ford! I supposed that makes Mason’s line to Finnegan, “I thought you’d be older,” funny. 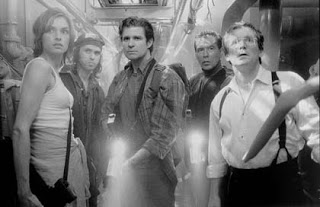 After the break, I’ll drop some lessons on you that you can learn from Deep Rising. 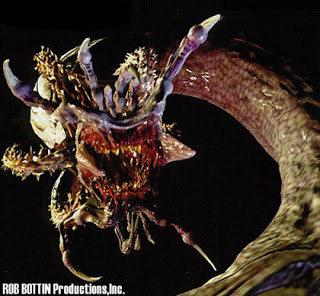 The key to survival is willpower, resourcefulness, and quick thinking.

Remember, it’s the ones who best adapt to change that survive. 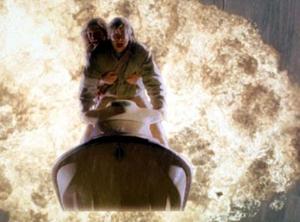