You heard about the legend of Jesse James
John Henry just to mention some name
But there’s a truck driving legend in the South today
A man called Bandit from Atlanta G.A.

If you didn’t live through it, I’m not sure I can adequately explain the trucker/CB radio craze of the late ‘70s/early ‘80s.

Partly, Citizen’s Band radio was a frontier for free expression.

It was a pre-Internet, pre-public access cable way to broadcast yourself.

In American Nerd, Benjamin Nugent suggests that prejudice against nerds is rooted in the occupational shift of the Industrial Revolution.

At that time, people moved from physical labor out doors to repetitive, mental work indoors. Societies’ values changed, and the brawny guys who used to be cultural heroes found success harder and harder to achieve. The trucker may have risen to cultural prominence, however briefly, as a loner hero tough enough to make his own rules.

Every gear jammer knows his name
They swear he’s got ice-water runnin’ in his veins
Foot like lead, and nerves like steel
He’s gonna go to glory ridin’ 18 wheels

Personally, I think the answer is simpler.

Hal Needham created a richly visual folktale about the power of individuality. 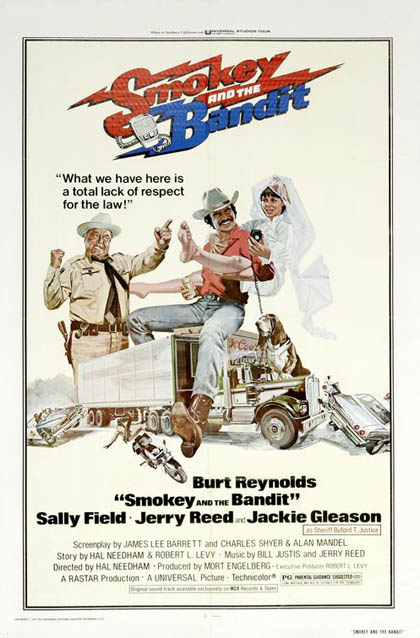 He left Atlanta back in ’63
Callin’ him the loner from Tennessee
He hit Monteville in the driving rain
So hard he couldn’t even see the passing lane.

Lessons from the legend after the break!

Well he started down the grade when he lost the gear
He hit the brakes found he had no air
The Monteville grade is steep and long
And everybody that seen it thought the Bandit was gone. 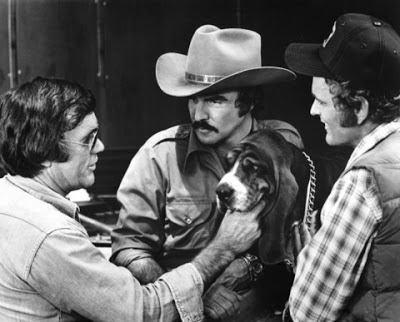 In 1977, Hal Needham was a stuntman with a screenplay.

He managed to get a directing deal on the picture, and got buddies Burt Reynolds and Jerry Reed to star. Burt was the sexiest man in America back then, and Sally Field was poised to be America’s sweetheart. She was Burt’s girlfriend, and not yet an Academy Award winner, when she landed her co-starring role. 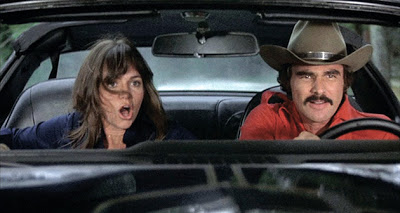 Jackie Gleason was, of course, the Great One, but not as powerful as he was when he set the proportions of TV screens to make himself look thinner.

Smokey and the Bandit was the #2 top-grossing movie in America that year. Star Wars was #1.

Over the next two years, the sales of Pontiac Trans Ams almost doubled.

Well his truck jack-knifed turned completely ’round
He was coming down backwards ’bout the speed of sound
A lot of folks seen him and they all say
He had his head out the window yelling, “Clear the way” 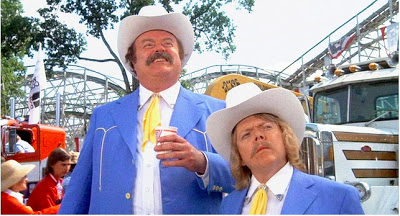 Well he got to the bottom safe and sound
Everybody asked Bandit how he made it down
He said folks when the truck picked up too much speed
I just run along beside it and drug my feet.

The cast and crew all came back for the sequel, but Burt Reynolds bowed out of the third film – and you shouldn’t see it, either.