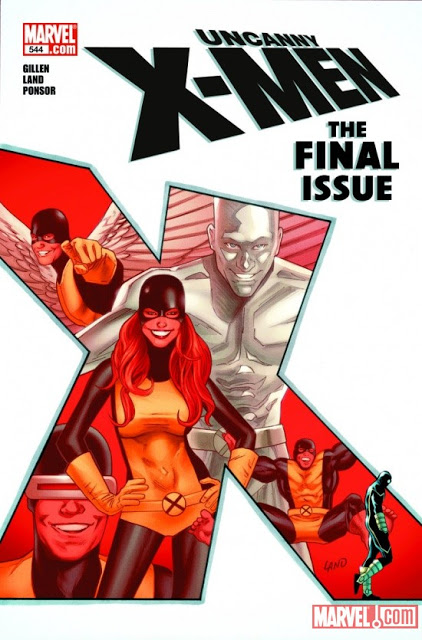 Is Marvel actually cutting back on X-Books?

The awkwardly titled X-Men: Schism event seems to be having some backlash, at least in terms of the number of X-titles available.

Maybe Marvel is trying to get it back under 100? Or maybe this is a clever renumbering ploy……

Check out the solicitation after the jump.

All things must come an end…even for the X-Men, and this October fans will bear witness the end of an era as UNCANNY X-MEN #544 concludes the long running series. It’s all come to this! Years in the making, the seeds of dissent finally bear fruit as the events of X-Men: Schism tear the X-Men and the Marvel Universe apart! When the dust settles, the state of mutantkind will irreparably be changed forever. Don’t miss the historic final issue of the longest running X-Men title this October, in UNCANNY X-MEN #544!
UNCANNY X-MEN #544
Written by KIERON GILLEN
Pencils and Cover by GREG LAND
Rated T+…$3.99
ON SALE THIS OCTOBER!