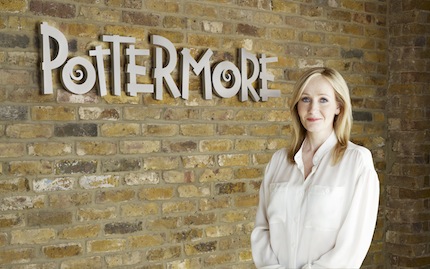 This morning, after much speculation, author J.K. Rowling announced her new website, Pottermore.

Personally, it feels a bit more of a whimper than a bang.

According to the press release, “Rowling has written extensive new material about the characters, places and objects in the much-loved stories, which will inform, inspire and entertain readers as they journey through the storylines of the books.

In the new website, the storyline will be brought to life with sumptuous newly-commissioned illustrations and interactive ‘Moments’ through which you can navigate, starting with the first book, Harry Potter and the Philosopher’s (Sorcerer’s) Stone. On entering, you choose a magic username and begin your experience. As you move through the chapters, you can read and share exclusive writing from J.K. Rowling, and, just as Harry joins Hogwarts, so can you. You visit Diagon Alley, get sorted into a house, cast spells and mix potions to help your house compete for the House Cup.”

At a press conference, Rowling revealed some key features of the website. In an announcement which will thrill fans, she described how she has brought to life both the Sorting Hat and Ollivanders experiences from her books for the first time on Pottermore, by revealing the questions asked by the Sorting Hat – which places newcomers into their Hogwarts houses according to their characteristics – and the magic behind the Wand Chooser – which finds the right wand for each user from over 33,000 possible combinations. She also revealed glimpses of the new information she has provided on some of the best-loved characters.

“I wanted to give something back to the fans that have followed Harry so devotedly over the years, and to bring the stories to a new digital generation. I hope fans and those new to Harry will have as much fun helping to shape Pottermore as I have. Just as I have contributed to the website, everyone else will be able to join in by submitting their own comments, drawings and other content in a safe and friendly environment – Pottermore has been designed as a place to share the stories with your friends as you journey through the site.” 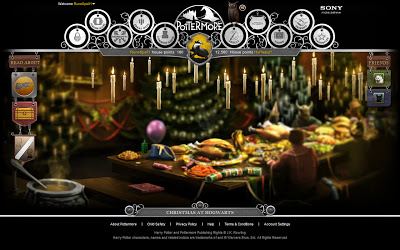 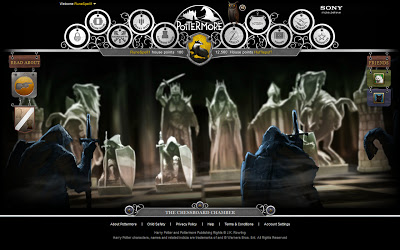 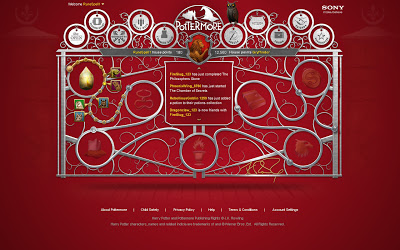