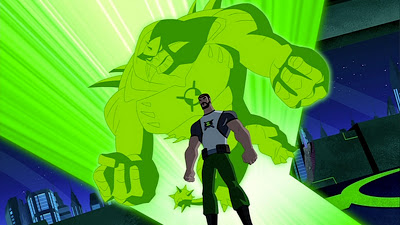 Ben 10: Ultimate Alien Volume 3: The Return of Heatblast is headed to DVD on August 2nd in a two-disc set (Hey WB, let’s get some season releases!) featuring 10 episodes from Season 2.

One of the best animated series on air, Ben 10 is a tremendous amount of fun and worth checking out if you haven’t seen it yet.

After the jump check out the cover art and synopsis. 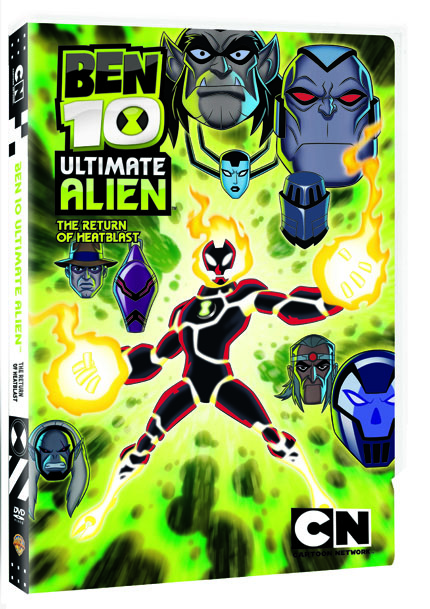 In Ben 10 Ultimate Alien Volume 3: The Return of Heatblast, Ben is forced to confront his past as enemies come crawling back for more trouble. He faces a rematch when Heatblast takes on evil Dr. Viktor and, when Elena arrives with a new swarm of nanochips, Ben 10,000 reappears to battle Eon. But it’s up to Ben 10’s super-fan Jimmy Jones to save the day, and rescue the whole team from a vicious alien plant species before it’s too late! The 2-Disc DVD set features 10 episodes from the series’ second season and a Blast from the Past Database.

In this article:Animation/Anime, DVD News