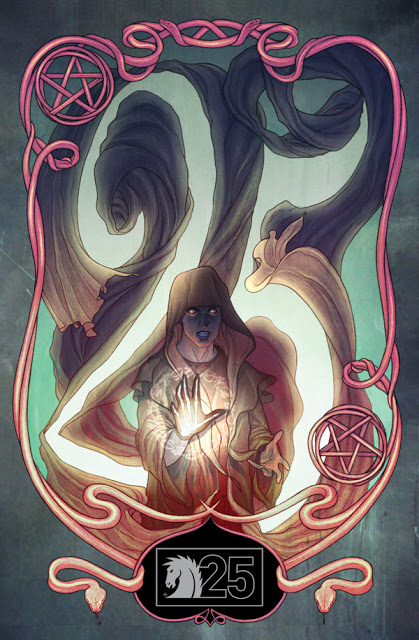 Dark Horse founder Mike Richardson returns to writing comics with The Occultist, a collaboration with artist Tim Seeley, based on a character that appeared in a one-shot last year.

Dark Horse Comics is pleased to announce that Tim Seeley (Hack/Slash) is bringing his rare mix of humor, horror, and heroes to the latest creation from company founder Mike Richardson!

When a mysterious book of powerful spells binds itself to him, the fact that Rob’s life has been falling apart doesn’t seem like such a big deal. What do his girlfriend leaving him or his mountain of debt matter when mystics and demons are overrunning the town in search of the book—and him? To survive, Rob must learn to control the book’s unpredictable magic, while his life slips even further out of control . . .

Now, while harnessing his new powers as the Occultist, college student Rob Bailey must defend himself and those around him from a series of hired hit mages with unique magical abilities and a serpentine demon known as the Swordbreaker, all determined to kill him and to possess the powerful spell book known as the Sword!