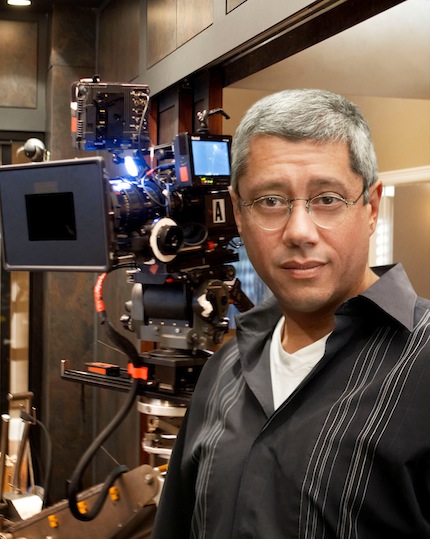 (UPDATE: I realized that I had omitted my introduction, so here it is:)

He’s been working in the industry for over thirty years; starting as an actor and production assistant before moving on to becoming a writer, producer and director.  After a successful career as a film producer (including megahits Independence Day, Stargate and The Patriot in his filmography), Dean moved over to television and has worked hard to bring a fun and exciting sensibility to everything he does.  In addition to producing the Librarian series of telefilms, Devlin currently is the producer of the hit series Leverage, that airs on TNT.

I was fortunate enough to chat with Dean just as the fourth season was premiering a few weeks ago.

After a career producing some giant tentpole movies, what drew you to working in television on The Librarian, Triangle and, ultimately, Leverage?

Well, I thought it was an interesting challenge to see if I could work independently in television.

And I thought, “Well that’s a really interesting opportunity,” especially since I was so interested in trying out all the digital technology that had really not explored as a complete workflow yet.  So I thought, “This is a great place to learn, to play, to play, to try new technologies, and really see if we can change the way in which we’ve been making films for the last hundred years.”

And, it’s just been a fantastic experience.

How did you get involved in Leverage and, as a producer, what did you bring, or what do you bring to the series that ultimately makes it a Dean Devlin production?

Well, it was actually after we’d done the second Librarian movie.  We were at the upfronts promoting the new season of TNT and promoting the movie, and Michael Wright from TNT turned to me and said, “When do I get a TV series out of you?”

And I said, “Well, I’ve always wanted to do a show about con artists and thieves who turn into modern-day Robin Hoods.”

So now I had to go figure out what the show was, so I called my favorite writer, John Rogers, and, as fate would have it, just that morning, he and Chris Downey had been talking about trying to revive the heist show, and trying to do a modern-day version of Rockford Files.

So I said, “Well guys, here’s what I just sold.  Let’s come up with a show together.”  And, they went off and started talking about character and plot and they said, “How about this?”  I loved it.  I said, “Let’s go do it.”

And so, we pitched it back to TNT.  They said, “Great.  Go write the script.”  And the series was born.  I liked the script so much I actually insisted that I get to direct the pilot, and we’ve just been having a fantastic collaboration ever since. 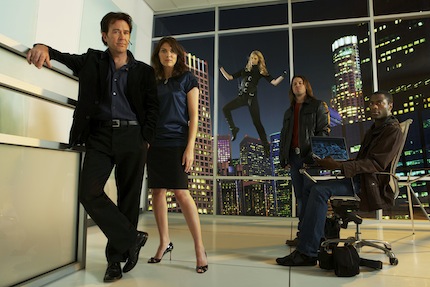 You directed the pilot and you’ve always directed each season premiere.  What challenges do you have in terms of setting the tone or establishing each season with your directing?

Well, the tricky part is that we have very, very high ambitions and very little money and time to pull off those ambitions.  So, in the season openers and the season finales, I try to set a case, so that the whole rest of the year can live up to it.

On an average TV show, they do maybe 30 set-ups a day.  We do 53 set-ups a day.  So, one of my goals always is to say, “It’s possible to pull this off,” because the first instinct that people have when they look at our scripts and they look at how much we want to get done in 12-hour days and seven-day shoots is, “You can’t do it.”

So I try to set the bar in the beginning of the year to say, “You can do it, and it can be fun, and we can do it without going into overtime, without making everybody’s life miserable.”  And then it just sets the speed of the show, and everybody gets used to the pace that we shoot, so that by the time the second episode comes, it doesn’t seem so outrageous.

I’m really a big fan of Timothy Hutton’s work.  How did he wind up on the series? 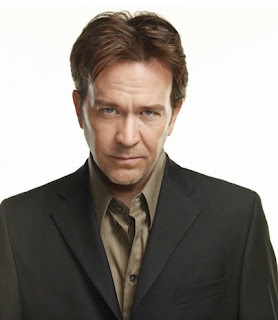 Well that was such a funny situation.  Michael Wright, again, said to us, “If you could have any actor in the world, who would you like to be the lead of the show?”

And I said, “Well, we’re really thinking of something like a Tim Hutton type.”

And he said, “Tim Hutton type?  Why not just Tim Hutton?”

And I said, “Oh, I don’t think he’s going to want to do our show.”  And so he said, “Well you could ask him.”  And so we sent him the script, and there’s literally a line on the description that says: “Behind this is a funky bass beat.  We’re having fun here, fellas.”

I think one of the things that he brings, and also something the series itself, is its success in mixing humor with the drama.  Is that balance difficult to maintain?

The saying we always have on the set is, “We’re not a grounded show, but we’re not three feet off the ground.  We’re about three-and-half inches off the ground.”  And if we can find that sweet spot, the show tends to work really well.

What kind of technical advisors do you have, and does their input generate scenarios for episodes, or do you approach them saying, “How do we pull this off?”

Well, the writing staff does a lot of research.  They spend a lot of time researching every single story and everything that we’re doing.  And then, on top of that, we have Apollo Robbins and his crew of former thieves, who advise us on how they pull off things, and they actually come down and they show the actors how to do lifts and, basically, how to break into everything.

It’s always a terrifying visit when they come to set because, by the time they leave, you just don’t trust anything anymore.

I remember at one point, Apollo turned to to me and said, “Is there anyone who calls you and their photo shows up on you phone?”  I said, “Yeah.  Well, when my wife calls, her picture shows up.”  He goes, “Great.”  Two seconds later my phone rang.  I saw a picture of my wife, and it was Apollo calling me.  And I thought, “Nothing’s safe anymore.”

The inevitable question I always have to ask is: are we going to see a sequel to Independence Day? 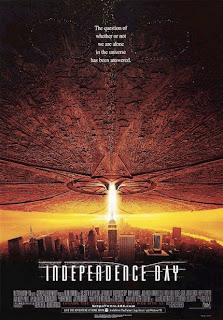 But yeah, I’m completely geeking out over Doctor Who.