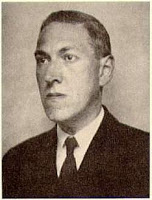 Horror writer H.P. Lovecraft has inspired fans of the genre for decades across virtually every form of media.

IDW will be releasing the four issue series in time for Halloween.

But that’s not the only Lovecraft book coming from the publisher.  Details after the jump. 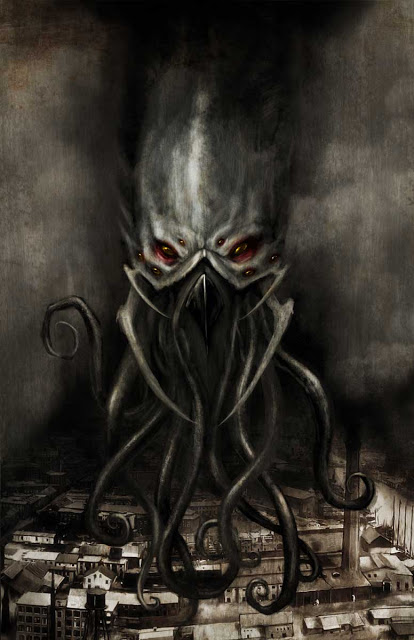 Joe Lansdale brings the horror classic to the 21st Century

In anticipation of Comic-Con International: San Diego 2011, IDW Publishing today announced H.P. LOVECRAFT’S THE DUNWICH HORROR, a comic series with a modern take on Lovecraft’s timeless short story of terror The Dunwich Horror. Starting in October, author Joe R. Lansdale and artist Peter Bergting bring to the 21st century audience classic horrors that influenced many prominent authors, most notably Stephen King, who cites Lovecraft as the largest influence on his own writing.
“It’s flattering to be working on a Lovecraft project, one of the most influential horror writers of all time,” said Lansdale, a seven-time Bram Stoker Award winner.
Originally published in the April 1929 issue of Weird Tales, and set in Dunwich, Massachusets, The Dunwich Horror depicts an eerie story of Wilbur Whateley, a sorcerer’s grandson and his search for the Necronomicon, a magical textbook said to hold the powers to open the way for the return of the “Old Ones” to Earth.
“Like many before me, H.P. Lovecraft’s stories have had a great impact on my notion of what fiction can be,” said editor Denton J. Tipton. “Helping to bring Lovecraft’s work to a new generation of readers is a great honor, as is working with Joe and Peter. The legacy couldn’t be in better hands.”
Each of the four issues in the H.P. LOVECRAFT’S THE DUNWICH HORROR miniseries will also offer an adaptation of Lovecraft’s short story The Hound, by noted Lovecraft historian Robert Weinberg and artist menton3. First published in the February 1924 issue of Weird Tales, The Hound tells the cryptic tale of two grave robbers, who take their private collection too far when they dig up the grave of one of their own.
“Lovecraft’s story ‘The Hound’ is horror at its most intense,” said Weinberg. “The climax of the story is one you won’t forget!”
Readers are encouraged to ask their retailer about the variant Nick Percival covers and The Dunwich Horror prose chapbooks for each issue. Each chapbook will feature a portion of the original The Dunwich Horror prose; readers collection all four chapbooks will come away with the prose for The Dunwich Horror and The Hound.
Also coming in October from IDW Publishing, THE LOVECRAFT LIBRARY, VOL 1: HORROR OUT OF ARKHAM features terrifying tales by H.P. Lovecraft, including Herbert West—Reanimator, The Unnamable, The Colour Out of Space, The Dunwich Horror, and The Shadow Over Innsmouth. With art by Menton3 and an introduction by Robert Weinberg, this is one book that horror fans can’t do without!
H.P. LOVECRAFT: THE DUNWICH HORROR #1 (of 4) ($3.99, 32 pages, full color) will be available in stores in October 2011.
THE LOVECRAFT LIBRARY, VOLUME 1: HORROR OUT OF ARKHAM ($16.99, 232 pages, full color, hardcover) will be available in stores in October 2011.