Do I really gotta be the asshole who says we got in this thing and went back in time?

This 2010 raunchy comedy has a 64% rating on Rotten Tomatoes, where only 57% of the audience report liking it.

Why Bother?
I write Stargate fan fiction, so I think I know what I’m talking about right now.

Here’s how you sell this movie to a studio: Three friends, played by John Cusack, Rob Corddry, and Craig Robinson, go back to their youth in a time machine built out of a hot tub. Get Chevy Chase to play a crazy mystic repairman who knows all about the time machine, and it’s a license to print money. 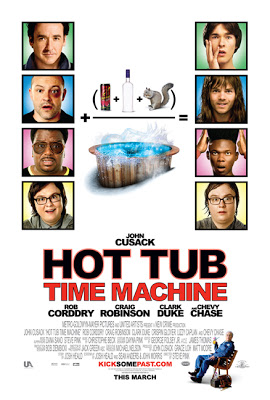 Remember Better Off Dead? Cusack made that in the eighties (1985), and he skied in that movie. Our target, nostalgia, audience will totally get it. 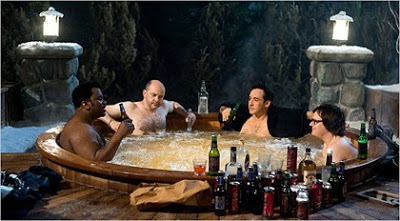 Seriously – get Steve Pink, John Cusack’s buddy IRL, to direct it. He directed Accepted, and that was an underground, sleeper hit.

Plus, you know, once we put that package together, everyone will want to be in it. We’ll get some eighties icons begging us to be in it. They’ll pay us to be in it. I bet we can get William Zabka, from The Karate Kid (1984), easy. Maybe even Crispin Glover.

If that doesn’t make you want to see it, this is not the movie for you. If you’re still intrigued, I’ve got some more for you after the break.

Lou tries to commit suicide, although he swears it’s an accident. Lou is an asshole. He was an asshole twenty-five years ago, and he hasn’t grown up any. Adam’s girlfriend has left him, and his ex-wife has a new man. Nick used to be a singer, and now he’s a…well, it’s hard to describe. He works in a dog health clinic, I guess you’d call it.

The point is, their lives didn’t live up to expectations. After Lou’s suicide attempt/accident, the three man-children decide to go to Kodiak Valley, a ski resort where they had some of the best weekends of their young lives. The place has fallen on hard times.

After an epic night of drinking the hot tub outside their room, they find themselves back in 1986, with a chance to revisit their mistakes, and to change their lives.

You’re better than him. Maybe not by a lot, but a little. You’re the patron saint of the totally f****d. You’re completely toxic. There’s nothing you can’t kill. You’re the f***ing Violater! You can do this! You can get us out of here! You can be the hero!

Now, here’s how you screw up the idea: 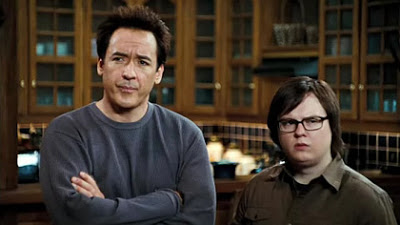 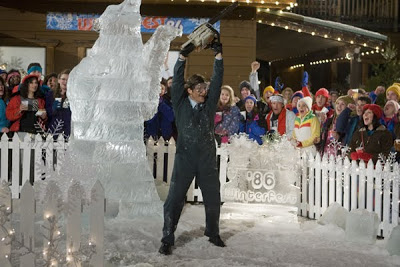 There will be spoilers here.

Everything else is decoration.

When you have multiple characters, each one needs his or her own “arc.”

Adam believes that he’s screwed up romantically. His greatest desire is to find “the Great White Buffalo,” and marry her.

Lou believes that his friends abandoned him. His greatest desire is for his friends to prove their loyalty.

Nick wants to be a musical success, and he wants to deal with his wife cheating on him.

Jacob embodies the group desire: To get back to their regular time.

Adam winds up stumbling through the plot, tagging along with his friends, and randomly bouncing off events from his youth. He meets April, who is a bit of a walking cliché in that she’s the magical girl who makes him realize that if life is preordained, then his choices don’t matter and he can do anything he wants. Adam winds up with April. He doesn’t really follow the pattern, because it’s not clear what his greatest fear is. He never has to face being alone for the rest of his life, for example, and when he makes it back to his present, April’s just waiting for him. And? How does that change his life for the better? We don’t know. Apparently wives aren’t significant individuals who contribute to our lives, they’re just possessions that make husbands feel good.

Lou’s friends never prove their loyalty to him. He never learns that his behavior and personality alienate the people who want to love him. He marries the girl he impregnated in 1986, and somehow Jacob loves him now. It’s never clear how discovering that he’s a father changes things for him, or why that would give his life new meaning and perspective. It’s not just off-formula, it’s insulting and offensive. It’s not funny that the most unpleasant character in the movie achieves the greatest personal and professional successes by accident.

Nick actually does face his greatest fear – he confronts his wife about her infidelity.

Not only with an obscene phone call in 1986, but when he returns to his present. That’s the most satisfying of the character arcs. However, he also has to face a fear to achieve professional success, and he doesn’t. Nick pirates other people’s creations to launch his musical career (I wonder if he ever made it up to the Black Eyed Peas, for example). So he comes off as kind of a jerk. They should have let him be the guy who had professional success in the present, but it was losing its meaning to him because of his romantic conflict. Then, when he went back in time, he could focus on one story arc.

When you have a group arc, you don’t need a character to embody it.

If you do have a character like Jacob, you don’t need to give him a “mystery” arc about learning something in his past that’s significant to his life in the present (the identity of his father). Instead, the characters who make up the group must overcome their greatest fears in order to achieve the group goal. Alternately, what they each learn as individuals (or how they grow and change as individuals) should come together at the climactic moment so they can overcome the group’s biggest fear – an impossible obstacle, a group antagonist, or whatever. Hot Tub Time Machine doesn’t bother with any of that.

It may seem like I’m advocating for formula here, but I’m not. I’m trying to explain that audiences, consciously or not, have expectations, what those expectations are, and how they apply to this particular film. “Art” comes in how smoothly you handle the expectations, how you defy them and still deliver a satisfying story, and the originality and intelligence of your characters, context, and conflict. 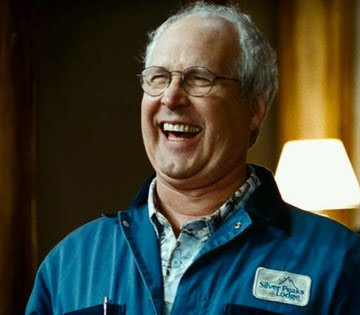 It’s not male bonding. It’s childish, irresponsible, stupidity. Seriously – there was no way this movie was going to be the next Hangover. Just Look Away.

Come at me, bro