“Necessity never made a good bargain.”

A week from today I’ll hit the road for San Diego to spend five days at the geek mecca known as Comicon.

Each year has been bigger than the last and I almost didn’t get my credentials filed in time to get my pass, which would have been terrible, as La Luz de Jesus Press has four new titles this year (mostly via Last Gasp Books), and I’ve got a lot of Pop-Sequentialism books to deliver. 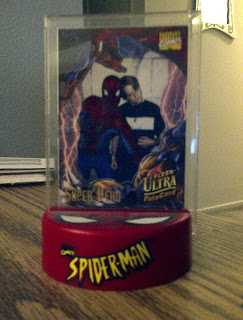 Once I was certain that I was attending, I made plans to wander the convention floor and attend some panels.

Of course I attempt that every year, but this year I’ve actually set alarms in my phone, and mapped out the locations of some of the events I wish to check out.

The schedules are now posted for Wednesday, Thursday, Friday, Saturday & Sunday, and there’s a lot of Grant Morrison in there. So yet again I have to budget my time and choose wisely.

My picks after the jump.

Before we get started, I’ll remind you to bring lot of cash, as the ATM lines are endless and unrewarding, and they probably charge 10%.

Stay hydrated, too. Smuggle some bottled water or juice boxes in your backpack. Oh, and sunscreen! Bring some sunscreen; not for while you’re at the show, but for when you walk outside.

Now let’s get down to business.

My first stop is always Artists Alley. Some of the best art at the convention can be found in these aisles on very unassuming tables generally covered in sketchbooks, and moleskin cases of original comic book art. The best part is that the throngs of fair weather movie fans and panel frogs avoid this area like the plague when they first bust into the main halls on their rush to the big block booths owned by movie studios, run by booth babes and fully stocked with free goods. If I’m planning to commission a sketch, I do that early Thursday morning, which assures that my artist of choice will not have booked a ton of commissions ahead of me, and makes them look busy which is good for them, too. Be aware that there are really two artists alleys. The other one is over in the indie publishing sections which are lettered rather than numbered.

My second stop is usually the Hollywood Book & Poster booth at the back of the convention center near the bathrooms and the concession stands. Owner Eric Caidin always has a signing schedule of oddball celebrities, film personalities and professional wrestlers, and is generally fully stocked with photos of convention guests, including pics from their most recent movies –some of which may open during the convention. He’s one of the dealers whose been attending Comicon the longest, and yet he still manages to make the booth look like it was set up in fifteen minutes and for the first time ever. Granted, it’s not a flashy booth but the ratio of great stuff per square inch is possibly the best you’ll encounter in the entire room, and 8″ x 10″ photos are cheaper than you could get them anywhere else in spite of it being a convention.

My third stop is the area for which the convention was named: the comic book vendors. They tend to lump them all together in the very center of the room, with a few golden age and silver age specialists at the very front of the room along the most highly trafficked aisle. Seeing classic comics in beautiful condition under thick plastic protectors up on cork and wire racks always gives me the urge to buy something that I absolutely do not need, but want more than I can explain. Last year it was Superman #14, which I managed to refrain from purchasing. This year I’m on the lookout for TOMB OF DRACULA stuff and Italian fumetti. I don’t usually buy comics on the first day, but I make notes concerning which tables have what I want.

If you know any exhibitors at all, your fourth stop at the latest should be a bathroom break followed by an offer to watch their table/booth so that they can take a pee break, too. If you don’t know them quite that well you can offer to go get them some food, because they’re trapped at that booth all day and convention room rules prevent coolers and all kinds of other common sense trappings. The unions that run that joint are ball busters, so be cool and help out the guys that make the show worthwhile.

My fifth stop is a quick jog upstairs to check out the freebie table, gawk at cosplayers and take advantage of the best shortcut in the convention center. HINT: It is way faster to go upstairs and walk from the back to the front than it is to fight the crowds on the convention floor; it will seriously save you twenty minutes. The line at the upstairs Starbucks is way shorter, too. I guess all those Mormon Twilight fans don’t drink coffee.

When I make it back downstairs, I do all of my t-shirt shopping on the first day. The funny and geeky apparel stands are less likely to be sold out of my size on the first day. Ditto for the import soundtrack tables, Asian import DVD vendors and Japanese magazine sellers. Contrarily, I wait until Sunday to by hardcovers because book sellers would rather cut a deal than bring anything home. If it’s been a slow show, they’ll be happy to make a sale, and if it’s a good show, they’ll be happy and willing to bargain. You can’t lose.

If you’re attempting to get something signed by more than one specific person per day, I’m here to tell you that you are embarking on a course of total failure. It sucks to hear this, but it’s true. Ask anyone who has had to wait in any Comicon line within the past seven years.

If I were to wait in line this year to get that photo of me & Spider-Man from 1996 (pictured at the top of this column), even that would probably take all damn day. Don’t even think about it –if for no other reason than the rest of us don’t want to hear you bitch about it for the remainder of the convention.

Pick one person per day from whom you want an autograph. My rule of thumb is never wait in any line of fifty people or more. If the line is longer than that, you are too late. Hit them up on the decline. They’ll be way cooler to you then, too. You might even get to have a beer with them. But now is not a good time, and you’ve got to queue up for a free Spider-Man Reboot International Advance one sheet movie poster at the Sony Booth. That double sided slice of paper collectible beauty will be worth ten times more than your autographed picture, anyways. But if you can manage to get that signed, disregard what I said about it not being worthwhile.

You’ll be able to send your kids to college with that.

Just kidding. That won’t be worth s**t, either, so don’t get caught up in the moment.

It is a convention, so I would be remiss if I didn’t address the parties and the hook-ups that happen every year.

If you’re going to hook up with a colleague, wait until Saturday night. That leaves only Sunday to have an awkward post-coital conversation and then you both leave town. The best parties are usually on Saturday night, too, which means lots of liquid courage. Don’t be afraid to make an ass of yourself. Nobody will hold it against you, well, you know what I mean. They probably won’t remember it, but be aware that we live in the digital age, so cameras are everywhere.

Oh, and take cabs! You don’t want to spend six to ten thousand dollars on a DUI conviction, and I know of seventeen people that got busted last year. Just think of how much stuff you can buy with that money. You can even use not getting busted as an excuse to spend a few thousand bucks on non-essential items because in that capacity, you’ll still be coming out ahead of the game.

I guess I can afford that Frank Quitely Wonder Woman cover art after all! 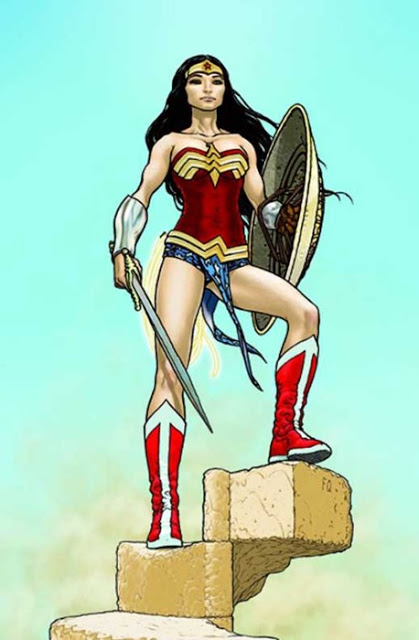