NBM, the first graphic novel publisher in the United States has released what’s coming to Comic-Con this year.

Among the releases are Rick Geary’s latest Treasury of XXth Century Murder, The Lives of Sacco & Vanzetti, but also the release of the outrageous Kinky & Cosy.

A Treasury of XXth Century Murder: The Lives of Sacco & Vanzetti 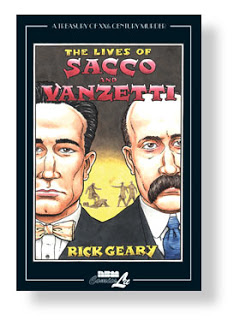 Rick Geary tackles the most controversial case of the 20th century. Anarchists Sacco & Vanzetti were accused of robbery and murder but so many supposedly damning pieces of evidence were questionable their guilty verdict elicited massive protests around the world. Geary presents us with all the twists and turns, appeals and dubious evidence after presenting us the human face of the two men, demonized by many, turned to martyrs by many others in his usual unflappable way.

Besides Geary signing the regular clothbound edition, there will also be an edition limited to only 25 copies and available only directly from NBM of which some copies will be available at this show. Geary is a nominee for an Eisner this year for his last Treasury tome: The Terrible Axe-Man of New Orleans. 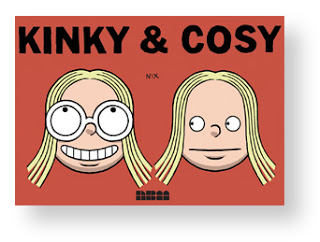 Shocking! Disgusting! Meet the most dangerous twin girls in the universe! Their record of wrong doings, on purpose or not, will raise your hair on end. A darkly subversive collection of cynical comics gags that is sweeping Europe. Nothing is sacred for these two lil’ monsters! South Park meets Monty Python.

An outrageous collection of gags by the cartoonist, Nix, in a very striking hardcover with google eyes will be unveiled for the very first time, flown in from the printer! NBM’s site and blog has been featuring many strips of this highly subversive duo of 8 year old twins. 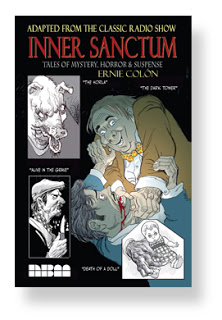 A revered veteran of comics brings to comics life one of the most fondly remembered mystery and horror radio shows in history.

A little paperback preview of Ernie Colon’s next exciting project, The Inner Sanctum, will be made available for a mere $1 as well as a show exclusive -identified as such- 25 copies signed and numbered by him for $5.

The graphic novel will be out by December in striking black & white as only Colon is well known for, features adaptations of the old famous horror and mystery NBC radio show.

Little Nothings: My Shadow In The Distance 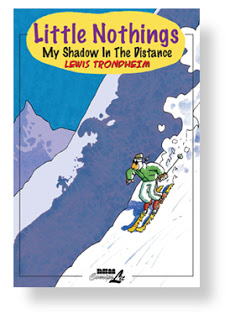 The very first few copies of the all-new 4th volume of Lewis Trondheim’s highly acclaimed Little Nothings will be available for sale. We’ve only a few copies to bring, sure to go fast!

Appearing at the booth besides Geary will up-and-coming star Brooke Allen signing A Home for Mr. Easter, and controversial cartoonist Ted Rall.