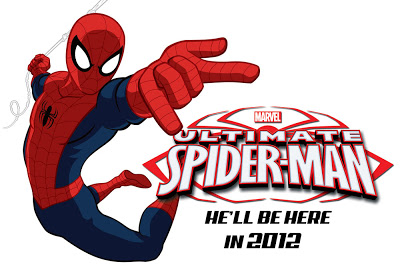 Though Sony’s ownership of the rights to filmic adaptions of SPIDER-MAN prevents the crossover of Marvel Studios characters into THE AMAZING SPIDER-MAN, Agent Coulson will form a friendship with TV’s ULTIMATE SPIDER-MAN.

Clark Gregg, who originated the role of Agent Coulson on the big screen, will voice the S.H.I.E.L.D agent on Disney XD’s ULTIMATE SPIDER-MAN.  The character will also be the principal of Peter Parker’s high school.

Other exciting casting on the show includes JK Simmons reprising the role of J. Jonah Jameson on the series and Chi McBride playing Nick Fury (guess Sam Jackson is a little more expensive than Clark Gregg…). Stan Lee even has a recurring role as Stan the Janitor. Rounding out the cast, Drake Bell plays Peter Parker/Spider-Man and Stephen Weber is Norman Osborn.

According to Loeb “Spider-Man (is a) television series that we’ve never seen before. Joe Quesada added, “”We want to make you Peter Parker, put you on his shoulder as he’s on this incredible ride of being Spider-Man.”