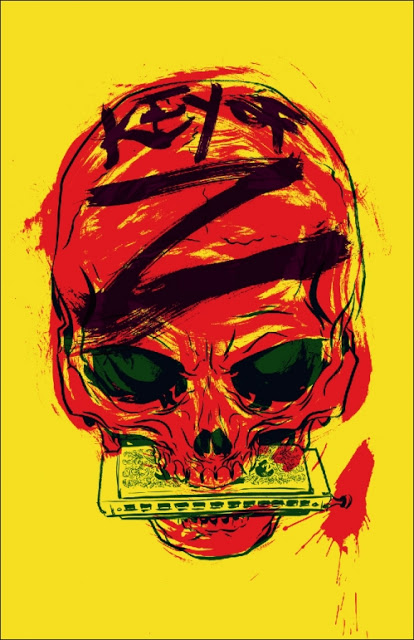 The BOOM! Studios panel happened at SDCC yesterday and they announced a few new projects.

They touted their Hellraiser, Rise of the Planet of the Apes, and Elric comics already in print.

Then they talked about some new stuff on the horizon.

Key of Z by Claudio Sanchez is a new post-apocalyptic urban zombie series — because the world needs one of those.

Fanboys vs. Zombies has no creative team attached to it yet (or at least not announced), but is going to be focused on a zombie apocalypse happening at Comic Con — because the world needs one of those.

The Rinse is a non-zombie (supposedly) crime comic about a San Francisco money launderer.  It is written by Gary Phillips and features art by Marc Laming.

BOOM!’s deal with recent Eisner Award winning creator Shannon Wheeler foresees a new book by him in October, Grandpa Won’t Wake Up!  This is a children’s book that should never be read by children.  It will also include the stories, Jazz is Not Music and The Drunk Family Goes Swimming.

Roger Langridge’s uncollected strips for The Show Must Go On will be released … um … collected.  He is also in charge of a new series, Snarked, based on the works of Lewis Carrol.

Word Girl is a series based on a girl with the power of literature (based on the PBS show)!