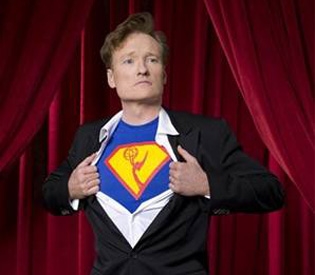 Yesterday, during Warner Brothers Animation’s panel for its upcoming Cartoon Network series Green Lantern: The Animated Series, Conan O’Brien made his Comic-Con debut by bursting in and taking over.

Check it out after the jump…