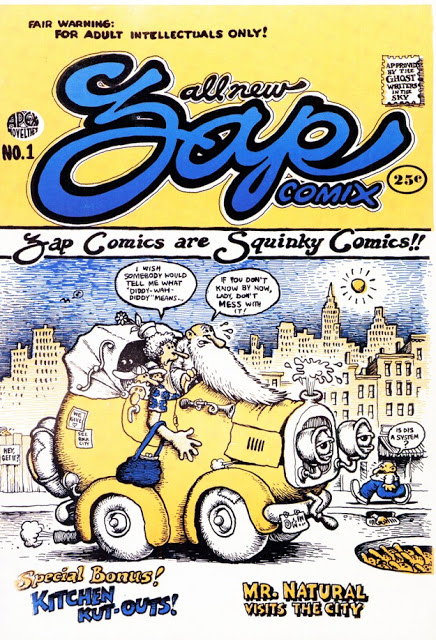 Seattle’s Fantagraphics announced today at their panel that they plan to publish The Complete Zap Comix.

The book will purportedly collect every single issue of the underground comic.

A fall of 2012 release is planned and it will be published in a hardcover, two-volume set with a slipcase.

One of the most influential comics ever published, the first two issues of Zap were created entirely by Robert Crumb, who then invited other artists to contribute, including Spain Rodriguez, the late Rick Griffith, S. Clay Wilson, Victor Moscoso, Gilbert Shelton and Robert Williams. The series quickly not only capitulated Crumb and the other artists to stardom (or a relative stardom at any rate), it quickly became seen as one of the more prominent symbols of the counterculture movement of the 1960s, along with LSD, rock music and head shops (where issues were usually sold). While it was not the first underground comic, it was viewed by many both inside and outside the counterculture movement as the lodestone for the underground comics scene, and its existence and influence directly led to the development of the alternative comics scene in the 1980s and 1990s.