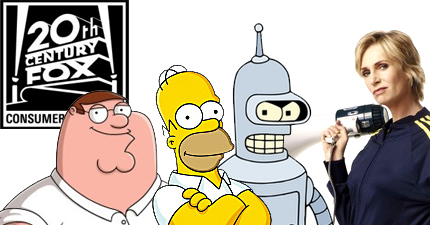 Fox Consumer Products is bringing previews and exclusives to Comic-Con including merchandise based on Family Guy, The Simpsons, Futurama, Glee, Avatar and more.

In this article:Collectibles/Merchandise, Press Release, SDCC