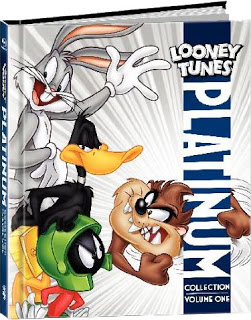 Although no formal press release has been issued, this past weekend at Comic-Con, Warner Bros. Senior VP George Feltenstein announced in a panel moderated by Cartoon Brew‘s Jerry Beck, that the first wave of classic Looney Tunes is coming to Blu-ray on November 15th in two different editions. 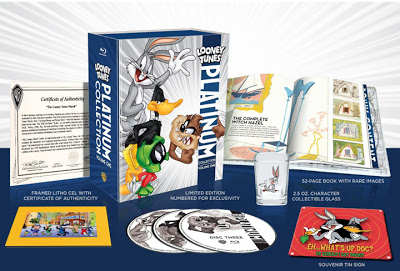 Disc #2 includes One Froggy Evening, The Three Little Bops, I Love To Singa, Katnip Kollege, The Dover Boys, From A To ZZZZ, Chow Hound, Feed The Kitty, Hasty Hare, Duck Dodgers in the 24 1/2 Century, Hareway To The Stars, Mad As A Mars Hare, Devil May Hare, Bedevilled Rabbit, Ducking The Devil, Bill Of Hare, Dr. Devil and Mr. Hare, Bewitched Bunny, Broomstick Bunny and several others to be announced.

Additionally, the collection comes in a sturdy plastic box, which will include a 52 page booklet, a commemorative magnet and mini collectible drinking glass.

In this article:Animation/Anime, DVD News, SDCC