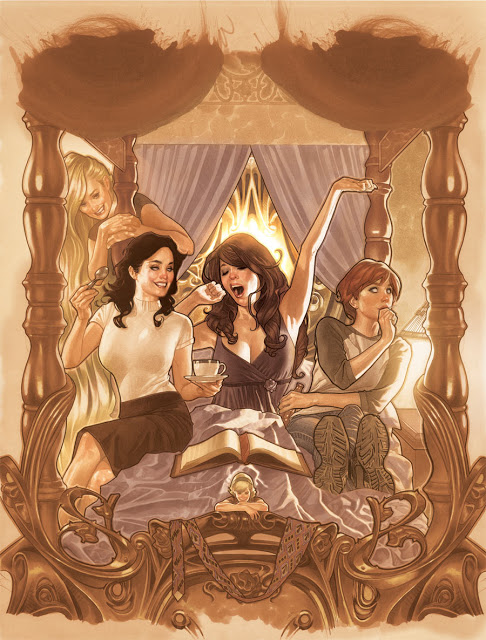 Announced at the Fables panel at SDCC, a new Fables spin-off is in the works.

The Fables folks announced that from here on out they will be publishing a series of mini-series under the title Fairest.

The first arc will be written by Fables creator Bill Willingham and feature the work of artist Phil Jimenez. It will star the character Sleeping Beauty.

This will be followed by a Rapunzel arc by the team of Lauren Beukes and Inaki Miranda.

The regular cover artist for the series will be Adam Hughes.

In this article:Comic News, SDCC, Written by Daniel Elkin