The book comes out in December.

See preview pages after the jump.

The story stars Rascal Raccoon, a “meanie” in the cartoon world, who takes credit for the accidental death of his nemesis, Jumping Jackalope. Rascal goes through an existential crisis as a result of killing his arch-enemy and goes looking for new targets for his rage. 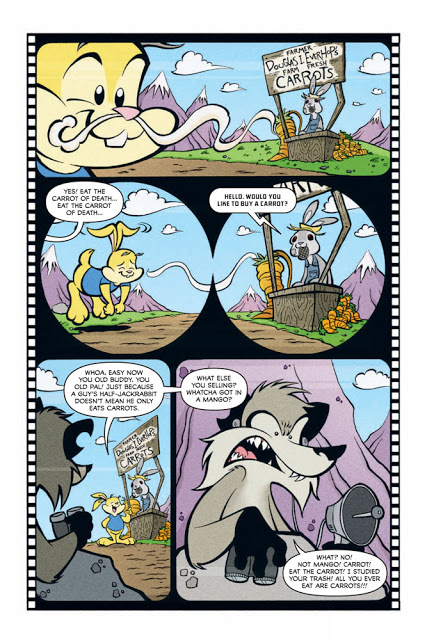 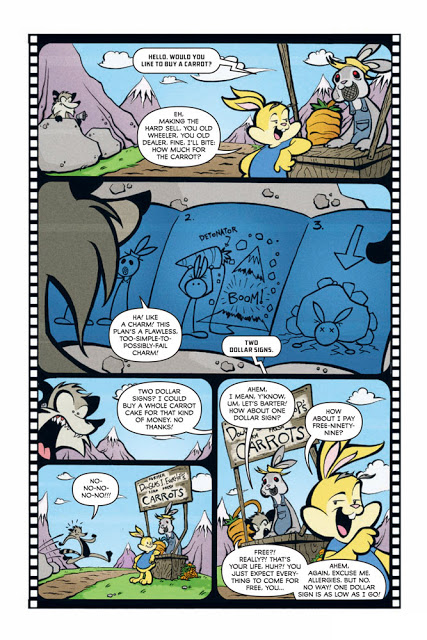