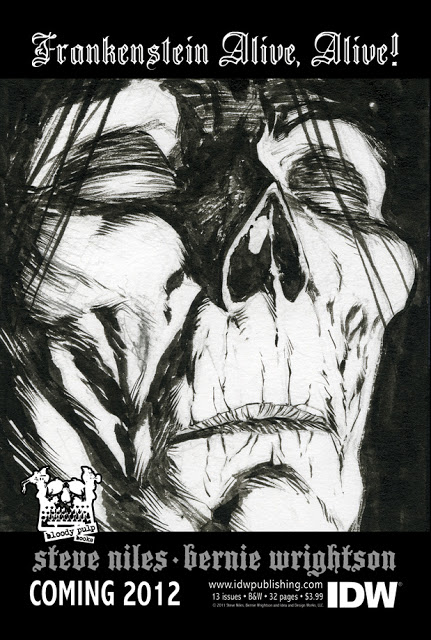 In 1983, Bernie Wrightson illustrated Mary Shelley’s novel Frankenstein, basing his work on the actual descriptions contained within the text, which was a departure from the better known Boris Karloff interpretation.

The art was reminiscent of woodcuts, keeping with Wrightson’s intention to make the book look like an antique.

Today, IDW announced that Wrightson is returning to the character in Frankenstein Alive, Alive! with frequent collaborator, Steve Niles on a sequel to the original novel.

Press release and artwork after the jump.

“This is an idea that’s been rattling around somewhere in the back of my mind for a good many years,” said Wrightson. “I mentioned it to Steve and we started talking. In about two minutes I realized that not only were we on the same page, we shared a vision. I’m very excited to see this finally happening. It’s going to be lot of fun.”

A lifelong Frankenstein fan, Wrightson’s work on this monster has garnered universal praise for over 25 years. Now, Wrightson and Niles are collaborating on the next chapter in the life of Frankenstein’s monster. FRANKENSTEIN ALIVE, ALIVE turns this classic tale around, by telling the story from Frankenstein’s perspective in this 13-issue series.

“The fact that I grew up worshipping Wrightson’s Frankenstein and now I’m working on a sequel with him is mind-blowing,” said Niles. “This is the project of a lifetime for me.” 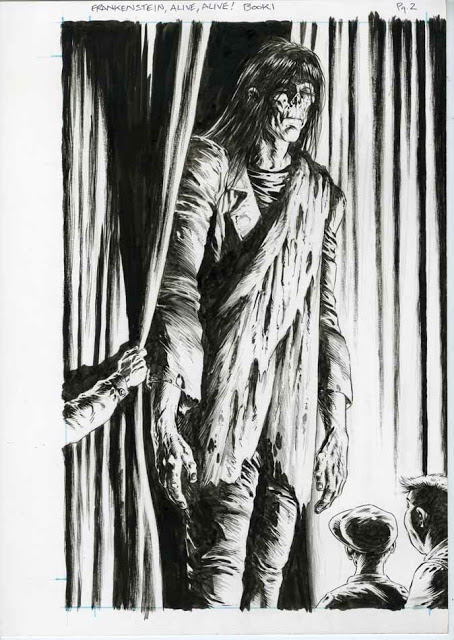 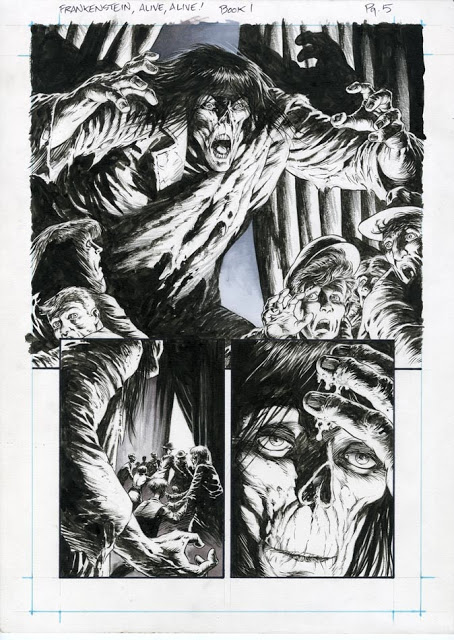