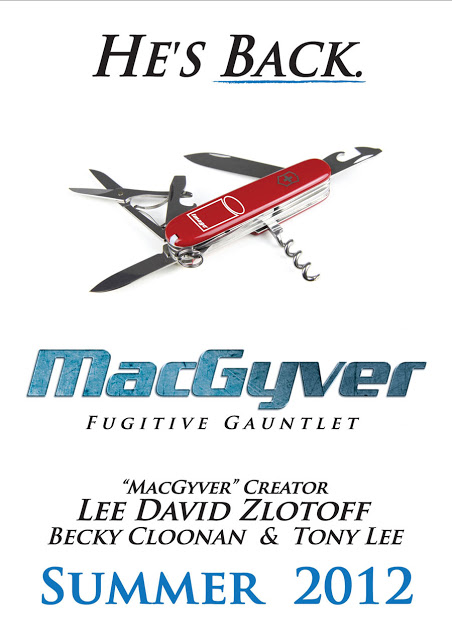 Today, Image Comics announced that it is releasing a new MacGyver miniseries to be written by MacGyver creator Lee David Zlotoff and Dr. Who writer Tony Lee, and will feature art by the dead-sexiest woman working in comics, Becky Cloonan!

The series is scheduled to run for five issues and will be out the summer of 2012.
Tony Lee has been wanting to write a MacGyver comic for a couple of years now.  He reports that while drinking Absinthe in the Mezzanine bar at the MCM Expo in London this past May, he mentioned this to Becky Cloonan.  She jumped at the chance!

They got in touch with Zlotoff and the rest is history.

The story has something to do with MacGyver having a seven million dollar bounty on his head and every hitman in town wanting a piece of the pie.