I can’t believe that the summer is almost over.  If you decide to stay in, there’s one fantastic release after the jump and well, two you might want to skip.

Check out the reviews for Mars Needs Moms, Batman: The Brave and The Bold Season Two Part One and Rockin’ With Judy Jetson after the jump. 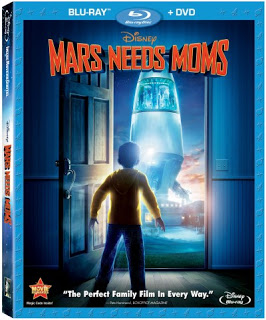 The Pitch
Take out the trash, eat your broccoli — who needs moms anyway? Nine-year-old Milo (Seth Green) finds out how much he needs his mom (Joan Cusack) when she’s nabbed by Martians who plan to steal her mom-ness for their own young. In a race against time and oxygen, his quest to save her knows no bounds. And with some unexpected help, Milo just might find his way back to her — in more ways than one.

The Review
Produced by Robert Zemeckis and based on the book by Bloom County creator Berke Breathed, Mars Needs Moms is a startlingly uneffective and emotionally barren film that was seemingly produced with neither heart, nor soul.

What works so effectively in Breathed’s 40 page book falls apart instantly on screen in yet another film that would have been more effective if produced as a live-action feature than as a motion captured performance, computer generated animated atrocity that’s become the trademark of the once-great Zemeckis.

To make matters even more ridiculous, Green is the actor who performs the physical actions of Milo, which is then turned into a waxy, not quite human CG character and then dubbed by a voice-appropriate younger actor.  I’m not quite sure of the reasoning or artistic merit of this ridiculousness method of filmmaking.  Worse than anything else is that the film is dull, unimaginative and lacking of any wit whatsoever.  Extras in the DVD/Blu-ray combo include a digital download, featurettes and commentary.

Mars Needs Moms suffers from uninspired writing to a painful execution, that might be serviceable only for younger viewers who have little sense of what’s good or bad when it comes to animated movies. 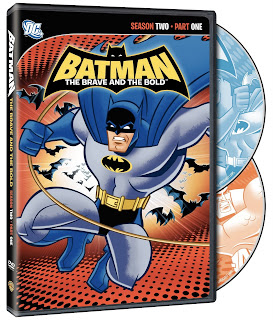 The Pitch
Batman wings into an exciting new era, teaming with a mighty honor roll of DC Comics Super Heroes in this action-packed series. Through the show?s season two 12 Animated Adventures in this 2-Disc Collection, the Dark Knight allies with Aquaman, Plastic Man, Blue Beetle, Red Tornado, Green Arrow, Wildcat, Deadman, Bronze Tiger and Atom to take on an array of evildoers ranging from mad scientists to intergalactic crooks, from power-mad dictators to out-of-control teenagers.

The series is guest star heavy, and the producers wisely combine favorites such as Aquaman, Green Arrow and Captain Marvel with some of comic’s more absurd creations including Bwana Beast, Detective Chimp, and The Metal Men. Like Warner’s classic Looney Tunes, the series delivers on multiple levels and is entertaining and charming for all ages.
Batman: The Brave and The Bold Season Two Part One is not only one of my favorite cartoons on television, but one of my favorite shows of all time.  Highest recommendation. 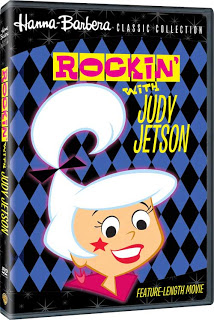 The Pitch
Despite father George’s disapproval, Judy Jetson (voiced by Janet Waldo) is totally into Sky Rocker, the biggest intergalactic rock star around. When the teen icon announces a surprise concert, Judy writes a super awesome song and sends it to him. And – oops – the song is accidentally switched with an evil magic message from music-hating witch Felonia Funk. Bummer for Judy! Then Felonia goes one diabolical step further: she kidnaps Sky Rocker. What a buzz kill – but don’t freak out yet! Judy and her friends – along with brother Elroy, family dog Astro and music-loving aliens named Zoomies – set out to save Sky themselves. Is Judy Jetson the coolest Space Age teenage cartoon star ever? With songs like Gleep Gorp, Jupiter Jump, Rockin’ Round the Galaxy, Shootin’ Star and Surfin’ in Space, the feature-length animated Rockin’ with Judy Jetson is a tunefully fun blast not to be surpassed!

The Review
Everything that made the original series The Jetsons timeless is absent from this dated and bloated television movie produced in 1988.  The original series focused on a retro-future, this film propels the time period from the clean populuxe atomic age stylings to those of late Eighties New Wave with bonus features like mohawks and mullets.

As a longtime fan of The Jetsons, I was a little disappointed; who the hell is Sky Rocker?  Where the hell is Jet Screamer?  I’ve long admired the design work of Hanna Barbera’s sixties program and was immediately struck by how clunky the animation was in this release.  There are no extras on the disc and despite having the original voice artists, the release feels more like an attempt to cash in on the Jemm and the Holograms audience rather than staying true to the source material.

It’s watchable and probably more geared to a young girl than the regular series, albeit forgettable.