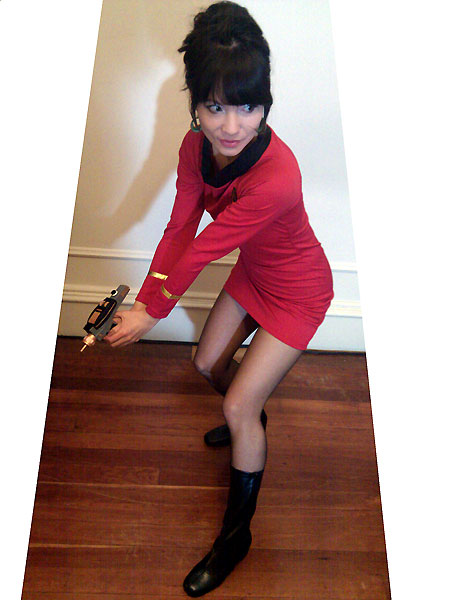 I first discovered the fantastic Ming Doyle’s work a few years ago while visiting the superhero fashion site, Project: Rooftop, which regularly features artists reimagining or redesigning the costumes of iconic characters.


Ming’s work stood out and I instantly became a fan.

I met Ming a few years ago and she is truly as nice as she is talented.  This month, her first major work, Tantalize: Kieren’s Story a spin-off of a popular young adult series by Cynthia Leitich Smith has been released and Ms. Doyle’s star is quickly rising, with upcoming work on both the sequel, a short story in Fantastic Four #600, her first story which she both wrote and illustrated and her continuing web-comic with writer Kevin Church, The Loneliest Astronauts.

Ming took time away from her drawing table to discuss her first major work, breaking into the industry and what’s next.


Your latest work is a brilliant way to bring in new readers, it’s a retelling of a young adult reader novel from an alternate point of view.  Can you tell me a little about Tantalize: Kieren’s Story and how you got involved with the project?

Set in Austin, Texas, this gothic yarn follows the exploits of Kieren Morales, a kind-hearted teenager and werewolf-to-be with a detective’s instincts. Things start to turn sour when he notices that his childhood friend and lifelong crush, Quincie, is acting a bit strange around the hot new chef she’s brought in to revitalize her family’s restaurant with a vampiric theme. Suddenly it’s up to Kieren to help Quincie out of this recipe for disaster before there are more dire consequences than being caught out past ten on a school night. 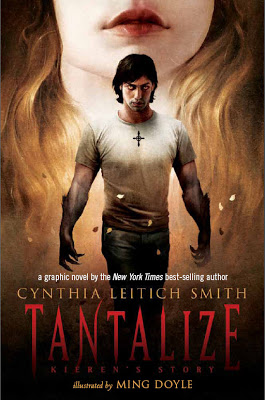 Cynthia Leitich Smith adapted the comic from her own series of young adult novels, both published by Candlewick Press. Candlewick sent me an email asking if I’d be interested in submitting some character designs, and I jumped at the chance to try my hand at depicting a were-armadillo! 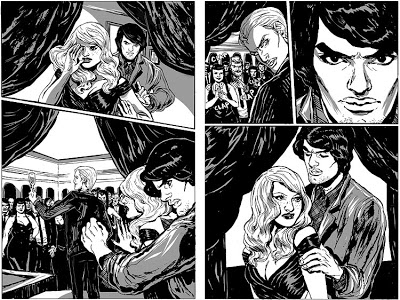 Were you familiar with the books before?

I wasn’t, but I was truly happy to discover such a fun and quirky series that artfully melded the mystery, romance, and supernatural genres while also featuring a strong multicultural cast.

What were the challenges in producing your longest work to date?
At 188 pages, it was mainly the sheer length. My longest story prior to that had been a 19 page chapter in the Jennifer’s Body graphic novel written by Rick Spears, so it was quite the jump. 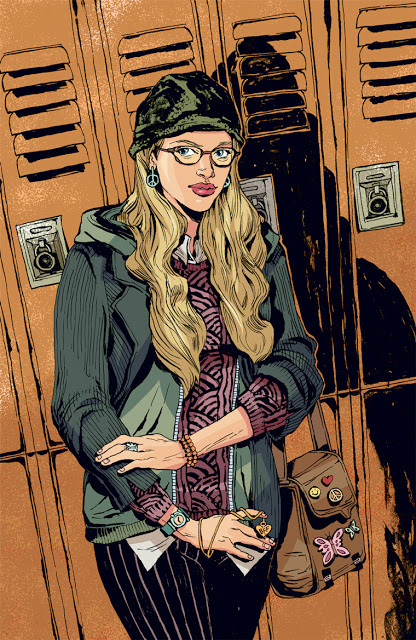 But an endurance trial like that is probably one of the best things for a fledgling artist. It certainly taught me how important economical linework, details, and consistency can be, and it proved to me that even gargantuan tasks are surmountable. There were a lot of days when I was mentally and physically exhausted, but I came out the other side looking forward to using my newly sharpened skill set on the next project. The comic book artist’s equivalent of a “runner’s high,” I suppose!

You got started in the comic world through Dean Trippe’s Project: Rooftop.  How did that happen?

I had just graduated from art school and was staying at my childhood home, wondering how I could parlay my BFA into some sort of workforce career. I decided to escape my concerns by jumping into marathon viewings of Batman: The Animated Series and was inspired to draw my own free form interpretations of the characters, eventually posting a take on Stephanie Brown, the third Robin, to one of my blogs.

Dean happened to stumble across it right as P:R was gearing up to do a special on the Girl Wonder, and he encouraged me to submit my drawing. Before I knew it I was redesigning superheroes regularly with a varied group of artists ranging from enthusiastic high school students to seasoned professional illustrators. 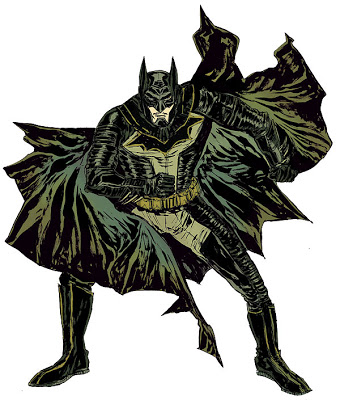 Because so many different people from the comic and art world were watching P:R at the time, I was lucky enough to receive a few emails from editors and writers asking if I’d have any interest in contributing to various projects. Most of these offers were unpaid, but were really interesting gigs such as my first published piece, a short ghost story set in a middle school for Popgun, Vol.2, written by Tim Daniel.

Were you a comic fan from an early age and did the medium influence your interests in illustration?

What drew me into the world of comic fandom more than the books themselves were the various cartoons based on DC and Marvel properties that dominated Saturday morning television in the mid-90s. I was a huge fan of Batman: The Animated Series‘ “dark deco” aesthetic, and that definitely influenced a lot of my stylistic preferences. Also, most of what I know about the X-Men and Spider-Man to this day can be traced back to that most radical of eras.

I only started really reading comics once I graduated from college, but I picked up the occasional graphic novel here and there, of course. And I do fondly remember an issue of the X-Men Phalanx Saga story arc that I got my dad to buy me one summer before middle school. I remember I wanted it for the holographic tin foil embossed cover, and I spent a month poring over all the intense high tech disease tentacle drawings. Never read another issue before it or after, but I’m probably just trying to recapture that righteousness to this day.

You know I’ve been a fan of yours for some time.  I’m curious who or what are your biggest inspirations?

I find people who love the hell out of what they’re doing and do it well the greatest inspiration.

In terms of comics, Eric Canete is a dynamo, a powerhouse, a space station orbiting the sun and harnessing its power to open a space-time rift into an alternate dimension of inspiration and prolific vision. Plus, he’s just a great guy and endlessly supportive of anyone who’s determined to do their own thing. Becky Cloonan is pure, awesome passion for the medium, and she truly does eat comics for every meal and devour projects like she’s a viking and it’s the last raid before winter. Her bold, gothic, fun aesthetic is so very much my cup of tea.

I could go on and write a guest list of other artists who’ve fired up my brain that wouldn’t end for ages. It’s a wonderful time to be a fan of good art.

And of course I wouldn’t be drawing to nearly the extent I am today if it weren’t for the artists and objects of bygone eras who enthralled me so completely as a kid. Leonardo da Vinci, Aubrey Beardsley, John Singer Sargent, Gustav Klimt and Egon Schiele. Leon Bakst’s costume designs for the Ballets Russes. Old romance comics. Greek art and myths. Star Trek. The essentials.

You’ve got a story in the upcoming Fantastic Four #600.  What can you tell me about it in ten words?

You also illustrate Kevin Church’s webstrip The Loneliest Astronauts.  How did that project come about?

Kevin curates a very diverse and impressive collection of original J. Jonah Jameson art, and on one fateful day back in 2008, he commissioned me to create an appropriately Triple-J themed piece. 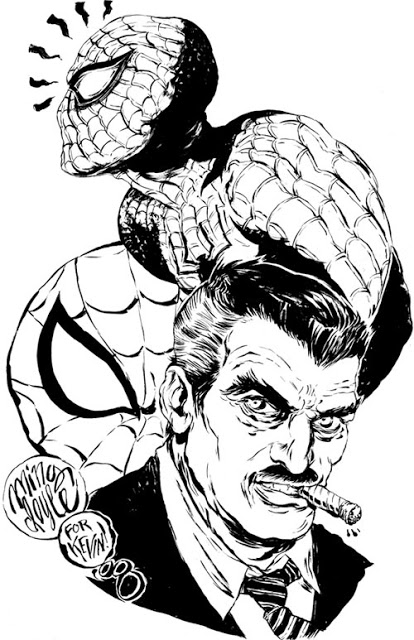 When the time came for me to mail him the finished product, we discovered that Kevin had worked in my parents’ hometown (where I was still staying, in that post-college malaise) for a few years.

This serendipitous coincidence (combined with my staggering talent, I am sure) was enough to secure a ticket to a free screening of ROBOCOP that Kevin was throwing with some friends at the Somerville Theater.

Once we met in person and shared the secret sci-fi fans’ handshake, our friendship and working relationship were set in stone! Or in some other outer space substance/alloy blend.

Desert Island Time: What ten comic stories (or runs) would you take with you to a desert island?
It’s a heavy trunk that washed ashore with me on that desert island! But hopefully not a soggy one. 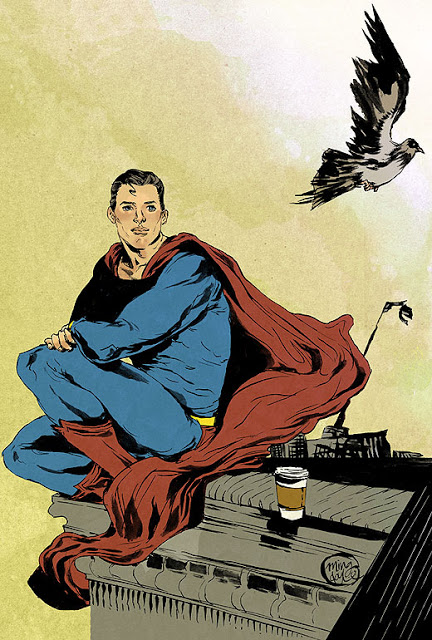 What else do you have coming up?
The aforementioned Fantastic Four short is next on my plate, and I just wrapped up work on my two page contribution to the Womanthology project, organized by Renae de Liz and being published through IDW. I wrote it in addition to drawing it, so I’m quite excited for that!
I’m also happily digging in to the inks for Eternal: Zachary’s Story, the followup to Tantalize: Kieren’s Story. It’s an honor to further explore Cynthia’s spooky, supernatural world and spend another year with more of her characters.
What are you currently geeking out over?
G.R.R. Martin’s “A Song of Ice and Fire” novels and the Game of Thrones TV series, along with everyone else. Though I can only take small doses at a time before the crushingly dire and tragic machinations start to get to me. Who knew that the most distressing aspect of a fantasy series could be human nature rather than a giant flaming lava eye? 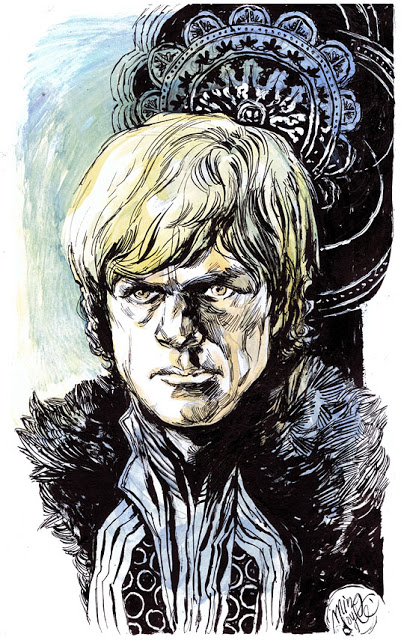 To see more of Ming’s work, check out her website and the webcomic, The Loneliest Astronauts (with Kevin Church).
Tantalize: Kieren’s Story by Cynthia Leitich Smith (illustrated by Ming) is currently available at bookstores and on Amazon.
Below check out some of my favorite pieces of Ming’s work. 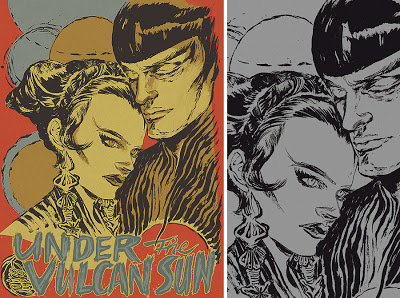 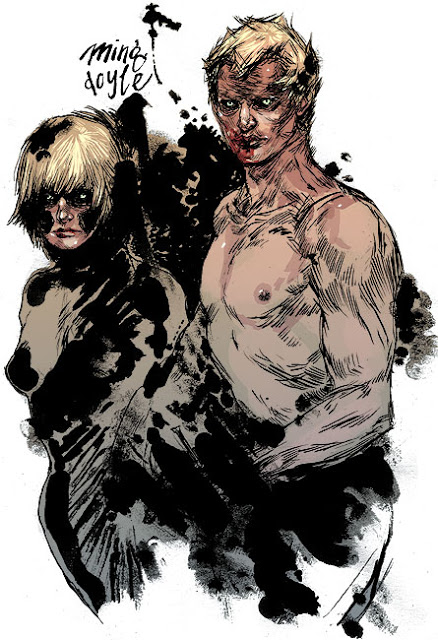 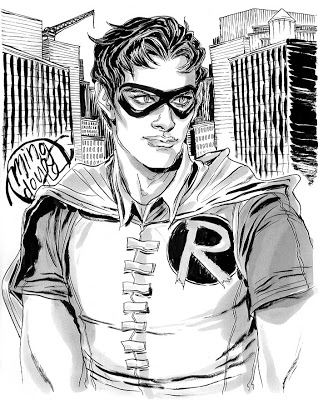 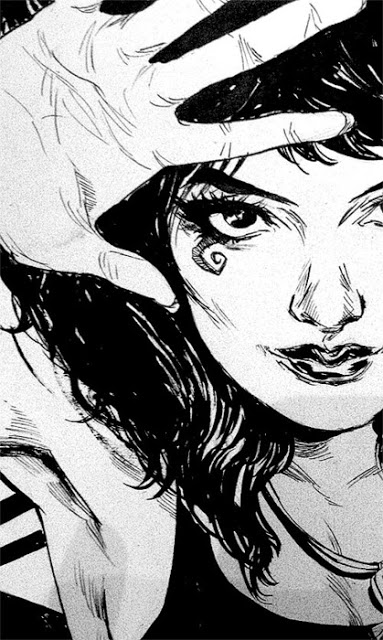 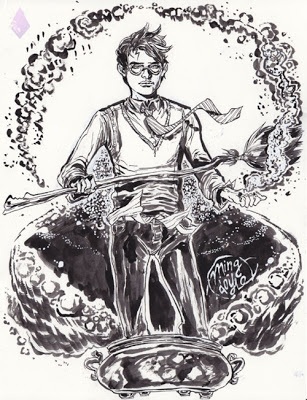 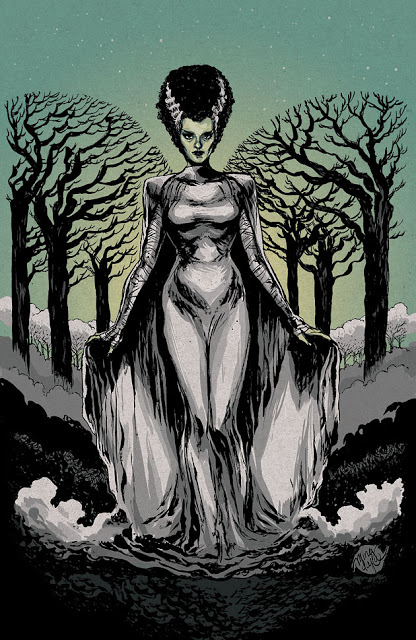 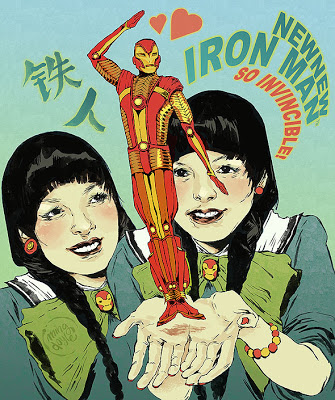 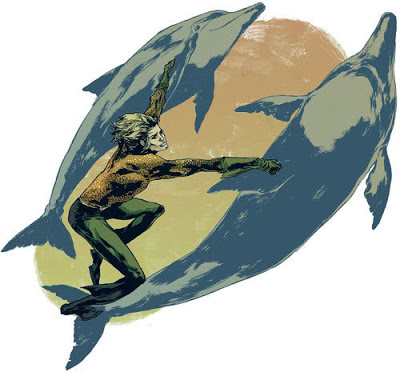 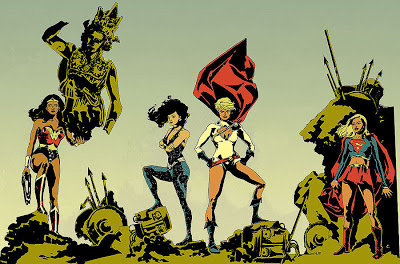 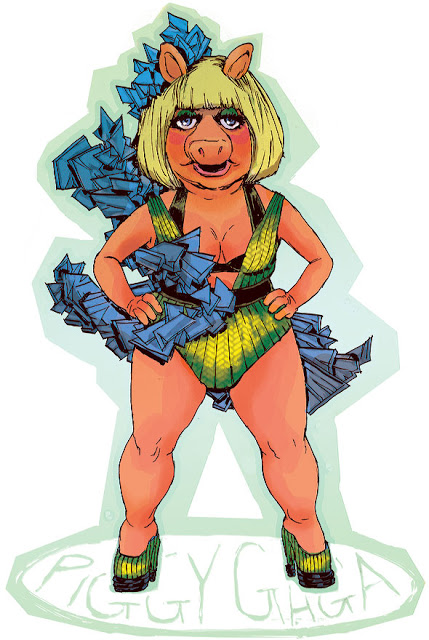 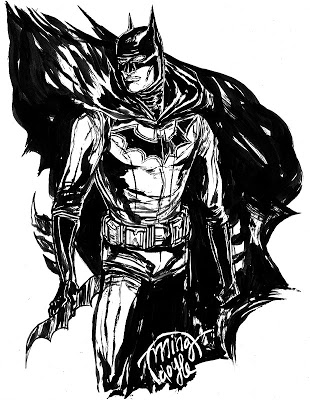 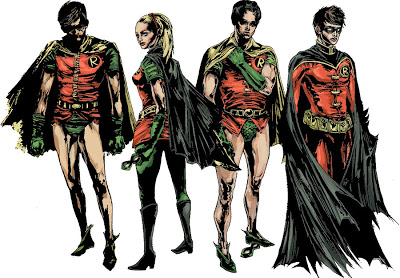