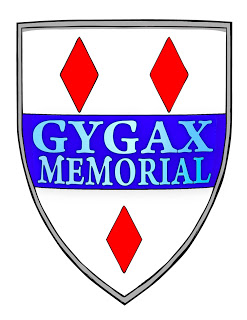 Whether or not you are a gamer, there’s no question that the game Dungeons & Dragons has affected all manner of geekery.

D&D pioneered the role-playing genre, the idea of “leveling up,” and helped legitimize fantasy and science fiction not only as books to read, but worlds to inhabit. Fandom is forever grateful to D&D’s co-creators, Gary Gygax and Dave Arneson.

Or it should be. 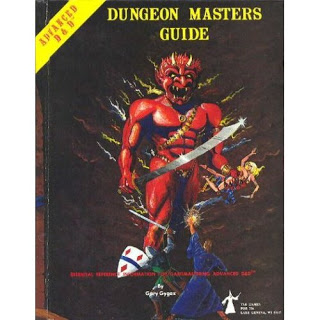 This past week (July 27) would have been Gygax’s 73rd birthday.

Folks have been working to immortalize his legacy and the impact of D&D by building a memorial statue in Gygax’s hometown of Lake Geneva, Wisconsin. The next step is to raise money. This coming week at Gen Con in Indianapolis (the now massive gaming convention that Gygax founded), using the birthday as the impetus, the Gygax Memorial Fund will be at booth #1541 (the Old School Renaissance Group) to accept donations to get this statue built.

Come by and give it up for Gary!

Donor rewards include T-shirts with the Gygax Memorial logo; a book called “Cheers, Gary“ which selects the best of Gygax’s correspondence with fans; and signed copies of Ethan Gilsdorf’s Fantasy Freaks and Gaming Geeks: An Epic Quest for Reality Among Role Players, Online Gamers, and Other Dwellers of Imaginary Realms, his travel memoir investigation into fantasy and gaming subcultures.

The authors will be in attendance at Gen Con to sign copies.

Gary’s widow, Gail Gygax, will also be on hand, sharing stories about Gygax and how he wanted to be remembered.

Thanks for your support.

First Look at Javicia Leslie in the New ‘Batwoman’ Suit

From our friends at Warner Bros. television here are not just one but two first looks at the new re-designed Batwoman suit for Ryan...

Get ready to embrace the strange. DC’s favorite misfit heroes are back to save the world once again with the release of Doom Patrol:...