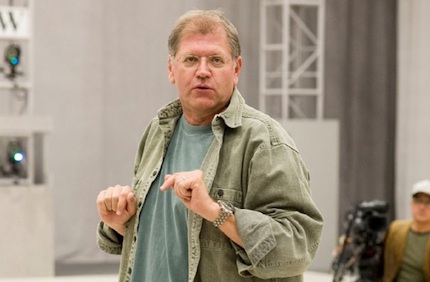 Editor’s note: This interview was distributed by Walt Disney Home Video.  We are running it as fans of Zemeckis’ earlier work and out of interest to his current work in motion capture performance.

Robert Zemeckis is commonly remembered as the Academy Award-winning director of the hugely successful movie, Forrest Gump. His other hit films include What Lies Beneath, Cast Away, all of the Back To The Future films, Death Becomes Her, Romancing The Stone and, of course, various motion capture movies including The Polar Express, Beowulf and A Christmas Carol. With the intergalactic adventure Mars Needs Moms about to be released on DVD, Blu-ray and Blu-ray 3D, we sit down with the movie’s producer to discover his thoughts on the project…
What can you tell us about the story of Mars Needs Moms?

Mars Needs Moms is a movie based on the book by Berkeley Breathed. The story is about a 9-year-old kid trying to rescue his mother on Mars, and the exciting adventure that ensues. The movie is filled with fun, adventure, comedy and laughs, as well as great performances and spectacular 3D. It’s an unbelievably wonderful digital movie, and a great family film.

What attracted you to the book?

The story has an interesting subtext and emotional moments that you don’t usually find in most children’s books or family films. It’s a very simple, touching story, but it’s something that could be expanded into a magnificent adventure. It was fun, but it was a great challenge to take such a small story and flesh out a movie from it.

What do you think of the humor in Mars Needs Moms?

There is a lot of comedy in the movie. The situations are funny and the scenes are hilarious. In fact, the entire absurd reality of the movie lends itself perfectly to fantastic humor. Our cast in this movie is probably one of the best improvisational casts that has been put together in recent years. They would take a scene and add to it in a wonderful way. I was very happy with the results.

What influenced the look of the movie?

We had a lot of fun creating the world of a 3D movie set on Mars. We started by looking at Berkeley Breathed’s book, which has a lot of really interesting images, and then we added classic elements from science fiction and totalitarian societies. We imagined this world to be filled with alien societies of superior knowledge and technology, so there are giant monoliths, citadels and monorails. It’s a very exciting design.

What made this project ideal for performance-capture?

The book had a lot of great elements that were perfect for performance capture, as well as 3D. It’s a film that takes place on Mars, or rather an environment underneath Mars, so everything had to be rendered. It also had fun elements like low gravity, which lends itself perfectly to this filmmaking process.

You’ve worked on a number of performance capture movies in the past. How quickly does the technology of these films change from year to year?

Digital technology changes hourly, but that’s the cool thing about it. The advancement is one thousand-fold, but that’s because computing power gets more powerful every minute of every day. The resources that [director] Simon Wells had when he made this movie were way more advanced than the ones I have when I made A Christmas Carol.

Why do we still use actors when you can digitally create characters?

When answering this question, I always go back to music. We have the capability in the digital world to create any sound that an instrument can make absolutely, digitally and perfectly. We’ve been able to do this for 15 years. However, we haven’t replaced a musician. When we talk about replacing actors or creating an artificial actor, that’s not what this is about. This is digital makeup. That’s what this has always been. The thing that has always been at the core of the performance capture art form has been the performance of the actor. What we do is we just simply put digital wardrobe, digital hair and digital makeup on them. The emotional warmth and the emotional performance is what that performer creates.

You’ve worked with many accomplished actors in this medium. What do they take away from each project?

Does working with performance capture change the way an actor performs?

It’s completely liberating for actors. They perform the entire movie using their bodies, voices and faces as if they were on stage. We capture the performances in 3D, and then wrap the settings, character appearances and creatures around them. It’s completely liberating. The actors set the pace, just like they would in theater. If an actor, after doing about three or four takes, looks at you and says, “You know what? I really feel like I should be coming in from that side.” We just do it. It’s not the end of the world like it is in a 2D movie where we would have to change the cameras and the lighting in order to capture any slight change in the action.

Are there any complaints about motion capture?

Its interesting listening to Seth Green [who plays the lead character in Mars Needs Moms] talking about the suit he has to wear all the time when shooting the movie because the only complaint from almost all of the actors when they first step under the set is that they miss the costume. They miss being able to play dress up. But that’s it. That’s all they miss. They miss their wardrobe, but nothing else.

What does the 3D element add to the movie?

One of the great bonuses of doing a movie in performance capture is that it’s already in 3D. And when you‘re doing a 3D movie that’s completely virtual, like Mars Needs Moms, the 3D can be more spectacular in any other form. We spend a lot of time and energy designing our movies for the 3D experience of the audience. 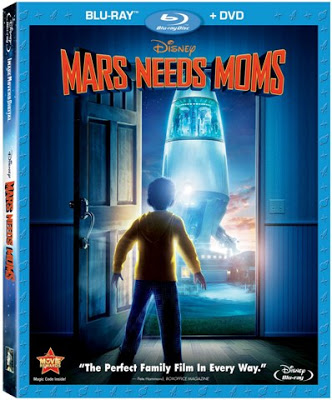