Firstly, it’s not a theatre production or a musical. The Joker doesn’t sing and Two-Face doesn’t tap dance – no matter how much you wish they would. Secondly, it’s not a pantomime. There may be the odd moment where you want to scream ‘He’s behind you’, but it’s really not that sort of show.

So what is it then?


According to the show’s producers, Batman Live is a ‘live-action arena adventure … a theatrical extravaganza of thrilling stunts, acrobatic acts and illusions.’ And that’s a pretty good summary of the show.

Another way to explain it is that it’s like a Universal Studios stunt show writ large. It’s just bigger than the usual sound stage and costs a hell of a lot more to put on.

What you do get is a tale that cuts to the heart of the Batman legend.

There’s a brief introduction (that feels a lot like a pre-credit sequence) in which the audience revisits the origins of Batman, but the emotional core is found in the story of Dick Grayson/Robin and his relationship with Bruce Wayne/Batman. 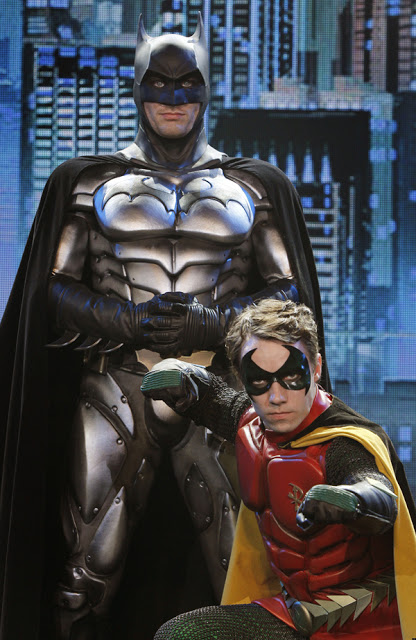 It’s a smart move to centre the show around Robin’s tale. Being very much a family adventure, it provides a way in for the kids and gives the audience the perfect point-of-view character.

Sadly, Robin comes across a little like Doctor Who‘s Adric. If you’re a kid then you’ll probably be none the wiser, but if you’re a bit older (and remember the character I’m referring to) then you’ll most likely feel the same way I did. 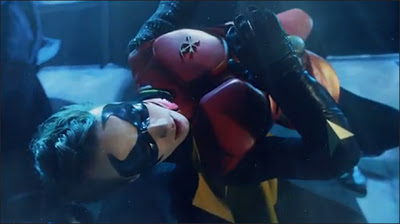 I don’t know if it’s the actor or the way he interpreted what he was given, but Robin fell rather flat for me. At times he really seemed to be ‘trying’, but his stunts seemed limp and his acting didn’t capture the heart I was looking for.

Maybe that’s a bit harsh, but when he’s the emotional lynchpin of the story, you start to expect a lot. Thankfully there were some stand-out perfirmances, most notably the Joker and Harley Quinn who chewed up the scenery whenever they were on stage. 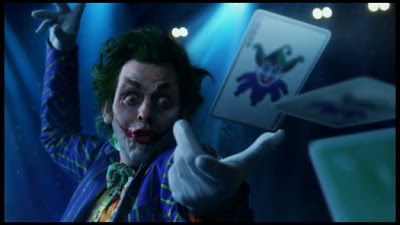 It could be said that both parts are like gifts to an actor, but in the wrong hands it could all go very wrong. While the Joker is intended as a scene-stealer, he could also come across as an unintentional caricature if not handled properly. The same goes for Harley Quinn who, when you think about it, seems to have one of the biggest roles.

It’s interesting to note that four out of the five main characters – Batman, the Joker, Harley Quinn and Catwoman – are all featured heavily in the upcoming Arkham City video game. In some ways the show felt like a live advertisement for the game, particularly with the introduction of Arkham Asylum and the various folks contained within. 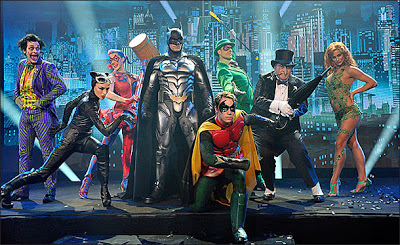 Batman Live features some great stunts that will draw some appreciative ooohs and aaahs from the crowd. Some work well, particularly within the circus context, while others feel a bit lacking.
There’s a sequence early on where Batman and Catwoman have a fight while leaping across the rooftops of Gotham City. It’s a brilliant, but ambitious, idea – and sadly it isn’t quite carried off. You almost feel like the producers knew that, but they were so in love with the idea that they kept it anyway.

It’s a shame as it distracts from the things that do work and starts to make you wonder what it would’ve been like if they could have got it right. 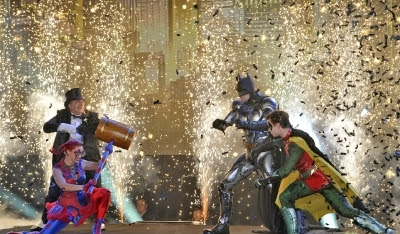 This isn’t exactly what you want the audience thinking about mid-show. They should be invested in the here-and-now, not the woulda-coulda-shoulda-been.

It would be easy to assume that I didn’t like Batman Live or that it doesn’t really work, but that’s too simple a judgement to make.

The fact is, I did like it, and I found myself engaged for the two hours (plus change) that the show was on for.

The show features a nice mix of Batman continuity (old and new) even if it isn’t arranged in a chronological order that comic fans will find pleasing. There are some cute Easter Eggs for long-term fans, but this really was a family show, not a fanboy show. 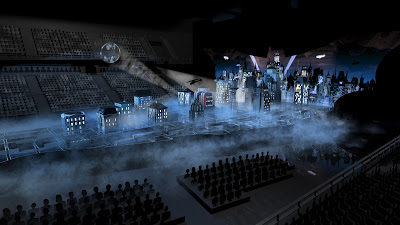 If you go in with that mindset then you’ll most likely enjoy yourself. Seeing Gotham City brought to life in front of you is quite a feat, and it helps that it’s done with the aid of beautiful Jim Lee art dancing across the backdrop.

There are also some wonderful reveals and genuinely ‘wow’ moments. I loved the first trip into the Batcave and it’s subsequent reveal, which led to the obvious audience favourite … the Batmobile. It’s not the Batmobile I was expecting, but it works – both as a concept and for this show. 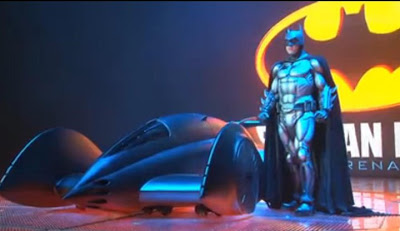 If you have the chance then I’d highly recommend the show. The opportunity to see Batman live (pun intended) shouldn’t be missed, and there will be more regret that you missed it than if you saw it.