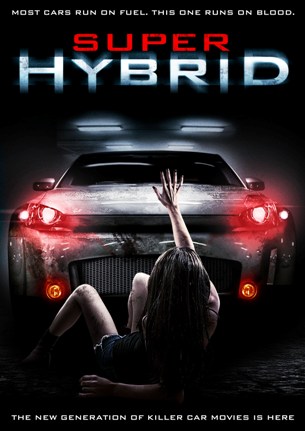 In tradition of such “car from Hell” films as Christine, The Car, and Maximum Overdrive, Super Hybrid has been dubbed “a fun monster movie” (Blueprint Review.)

From the producer of Punisher: War Zone and the director of One Missed Call comes the next generation in killer car movies with Super Hybrid, a high-speed thriller pitting man against the ultimate driving massacre machine!

Late one night, a mysterious car is brought into the Chicago police impound garage after a deadly traffic accident. The on-call mechanics soon discover the car has a mind of its own. With hundreds of horsepower and two tons of reinforced steel at its command, it’s a seemingly unstoppable killing machine capable of outrunning – and outwitting – humans.