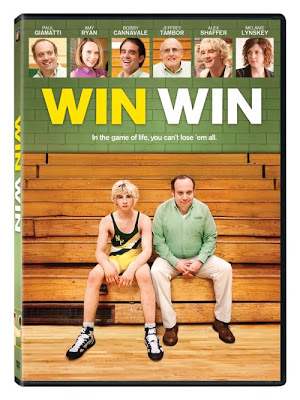 Academy Award® Nominee Paul Giamatti stars as a lovable yet long-suffering lawyer and high-school wrestling coach who takes us on a brilliantly heartfelt journey through the game of life…where you can’t lose ’em all. When Mike Flaherty (Giamatti) comes across a teenage runaway who also happens to be a champion wrestler, Mike’s luck turns around in spectacular fashion. But his win-win situation soon becomes more complicated than he ever imagined when the boy’s family affairs come into play. Co-starring Oscar® Nominee Amy Ryan and directed by Oscar® Nominee Tom McCarthy, this touching and funny comedy will leave you cheering.

Win Win is one of my favorite films this year and thanks to our friends at Fox, we’re giving away two copies on DVD!


To enter, please send an email with the subject header “WIN WIN” to geekcontest @ gmail dot com and answer the following question: