I was sixteen years old when Nirvana’s album Nevermind came out of nowhere and blew everyone’s mind. 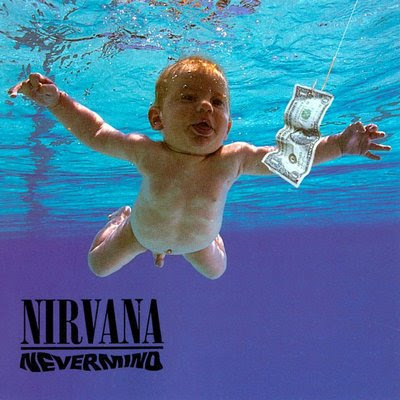 Listening to it now you would never know what a distinct difference their music made to pop culture, or what it meant to my generation specifically (the former Latchkey kids who had grown into Generation X).

It’s kind of a case of, You Had to Be There I guess.

Let me put it to you this way, as a child who was born at the end of the Vietnam War and spent their formative years witnessing the end of the “Peace, Love, and Happiness” movement (and watching those participants go from hippies to yuppies seemingly overnight), the still –present fear that Russia was going to blow America up with thousands of nuclear warheads (as told to you by various officials on almost a nightly basis) and being part of the huge wave of divorced families, well, you could say a certain apathy had sunk deep into my bones and stayed there, never truly sated by the bubble-gum pop music popular at the time.

Now don’t get me wrong here, the deeply sad and depressing music blaring from college radio stations in the mid-to-late eighties was certainly reflective of the temperament that my generation shared (you try hitting your hormonal teens when Aids was making its way through a population misled by frightening rumors on how the disease might be contracted- kissing, holding hands, looking at each other…)but there was something missing in that music, something that didn’t quite punch you in the soul and open up a vein.

But then it happened.

The song that not only hit you hard, it fucking tore you to pieces and raped your insides: Smells Like Teen Spirit.

The anger of it, the rawness of Kurt Cobain’s lyrics, Oh my God, it felt like being dragged against gravel until you bled.

It was exactly what my generation needed…an anthem of its very own.

I know that most people looking back on the early nineties only see what had become the stereotypical slacker motif-the flannel shirts, the ripped jeans, the combat boots, the apathy- but we were a generation in transition, one marked by nothing of significance, trying to figure out our place in the world. (The technological advancements that would transform my generation from apathetic ne’er-do-wells to Geek-Tech forerunners had not yet arrived. Sure, there were computers but hardly anyone had them in their homes yet. Cell phones were not even thought about for general use. The internet? Christ, AOL was still just a wet dream).

But anger, oh yes, we had anger all right, in droves, and Nirvana tapped into it like no band before it.

I’m worse at what I do best


And for this gift I feel blessed


Our little group (tribe) has always been


And always will and to the end

We were nothing but a group of kids and young adults who were born during a time when things were falling apart socially and all that banded us together was our birth-dates and a collective fear that, as a group, we were insignificant.

But this song was the beginning of the change to come.

Our anger at being left on our own (by divorce, by our parents both working long hours, by the Baby Boomers who still thought that they were a leading force in the universe) was a driving force for my generation to become something, anything then what we were.

And the lyrics were so simple and yet, so right on the money:

With the lights out, it’s less dangerous

Here we are now, entertain us

It was our war cry. Our testament to what we were.

A generation of kids who played video games, grew up on VHS movies, read comics, played Dungeons and Dragons, knew every pilot’s name who flew X-Wings in Star Wars, but most importantly, had the ability to take all of that knowledge and change pop culture forever.

Was it just this one song, this one album that made all this possible?

But it was a start, at least to me, of giving my generation a voice. One that was loud and could not be ignored any longer.

And so for this, twenty years later, I will power up my CD player (so old skool), slip in my beat up Nevermind disc, and yell to the heavens:

HERE WE ARE NOW, FUCKING ENTERTAIN US!

Because that’s my revolution.