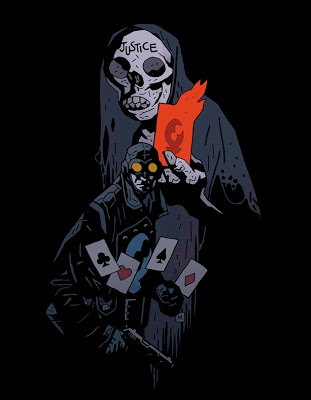 In “Tony Masso’s Finest Hour,” Mike Mignola’s pulp hero is on the trail of a notorious mob boss. However, when he arrives at the gangster’s mansion to take him down, it turns out there is more afoot than just good old-fashioned organized crime.
“Lobster Johnson takes a beating!!!” said Mike Mignola.
Featuring an all-new story by Mike Mignola, with art from Joe Querio, “Tony Masso’s Finest Hour” arrives in the ninth issue of Dark Horse Presents, on sale in February!